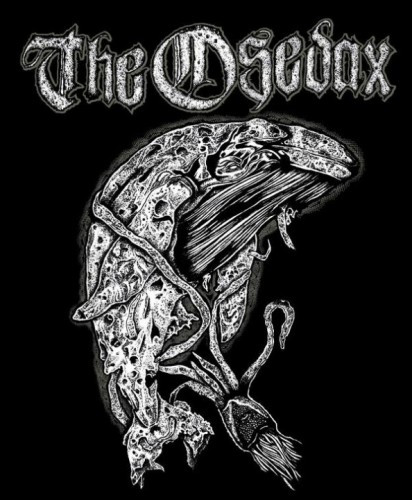 We were hopping around the interwebz last night looking for metal news. We saw a blurb about a Virginia band called The Osedax that had just put up three new songs for streaming. Didn’t know anything about them. But sometimes we check out unfamiliar, unsigned bands for completely random reasons, like cool album cover art or an unusual name.

As a way of picking new music, it’s like throwing a dart at a dartboard or putting a quarter in a slot machine and pulling the handle. It makes no logical sense, except there’s so much new music from so many new bands out in the world that randomization sometimes seems as good a way as any to make choices.

So, in the case of The Osedax, it was the name that made us take the next step. There are lots of extreme metal bands with weird names. Some of them turn out to be completely made up, and The Osedax certainly had the ring of a made-up name. But it was weirdly interesting enough that we decided to find out more about the band, if for no other reason than to investigate where the name came from. And it turns out that Osedax is the name of an actual life form that’s a real mind-bender.

We’ll come back to that eventually, but to continue with the current story: A bit of web surfing took us to a page where we saw some artwork for the band, presumably created for their forthcoming EP (the band’s first release). And that turned out to be cool — and it became even more cool after we discovered the connection between the art and the source of the band name.

So, we had a new chance to test out our completely illogical theory that in the world of extreme metal, cool album art correlates more than you’d think with cool music. (We explored other test cases here and here.)

And whaddaya know? More confirmation for our theory — because we’re really digging the music of The Osedax. So, with apologies for this tedious wind-up, continue reading after the jump to see the pitch — more about the music, more album art, more info about what an Osedax really is, and a widget that will allow you to hear those three new songs. END_OF_DOCUMENT_TOKEN_TO_BE_REPLACED