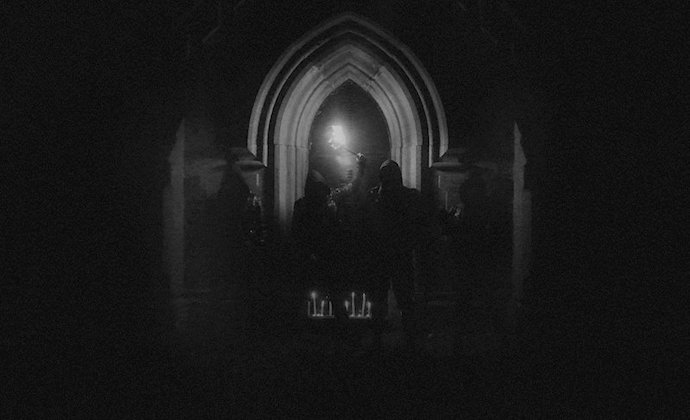 (The Montréal black metal band Ossuaire released two related albums this year through Sepulchral Productions, one in April and one in October, and Andy Synn reviews both of them here.)

Imitation, so they say, is the sincerest form of flattery.

Whereas innovation is one of the prime forms of creativity.

In between these two poles, however, is iteration, and that’s where most artists ply their trade, building upon what has come before, taking bits and pieces of their influences for themselves.

This is particularly true in Black Metal, where the form of the music, the integral demands of shape and structure, play a decisive role in making it what it is. And while that doesn’t preclude bands from totally innovating on the concept, the truth is that there’s only so far you can go, so much you can innovate, before you stop playing Black Metal at all.

Ossuaire clearly know this, and know it well. And, as such, their music is not about breaking the mould or reinventing the wheel, but about striving to capture the purest essence of Black Metal in all its grimly grandiose, mercilessly melodic glory. END_OF_DOCUMENT_TOKEN_TO_BE_REPLACED 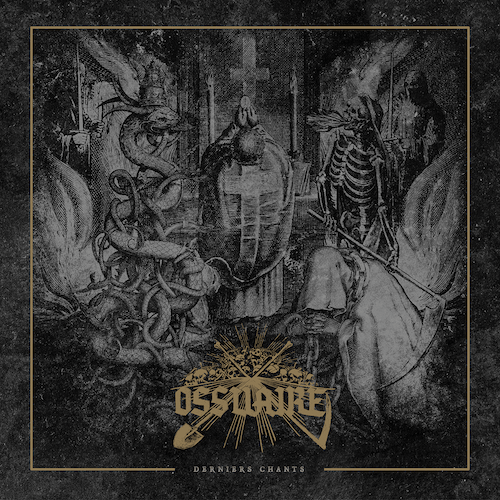 Just as Ossuaire do in this song we’re about to present, we’ll begin without preamble:

Without delay, Ossuaire flood the senses with hellfire as the guitars immediately sear and roil in such an all-enveloping storm of sound that it makes one gasp. A solitary bass note can be heard, followed by the advent of rolling drum thunder and a scorching howl. The riffing continues in cyclonic fashion, broiling the ears and boiling the brain, as that howling demon continues to imperiously and viciously proclaim his poisonous message. The timbre of the superheated chords rises and returns, the drums take short breaths and detonate like cannon fire, then resume their extravagant pummeling and tumbling. The riffing never really relents at all.

The experience is damned intense and savagely glorious, like being swept aloft in a hellish chariot by gale-strength winds into skies that are on fire, split by lightning and shattered by thunder. It tests how hard your heart can beat without exploding, yet it also has a hypnotic, spellbinding effect. And even though it just goes and goes, without any real detour or diversion, it’s such an electrifying experience that it seems to end too soon. END_OF_DOCUMENT_TOKEN_TO_BE_REPLACED