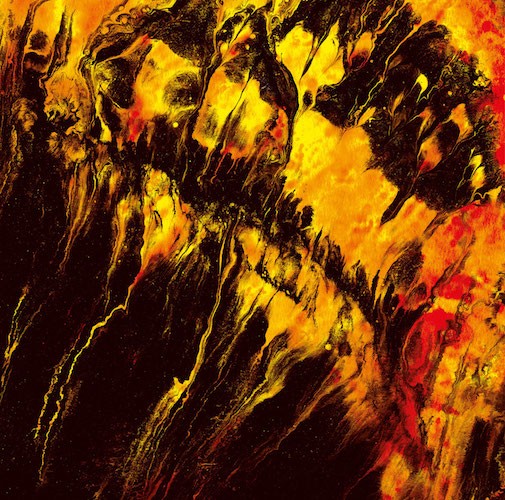 The abstract cover art by Synckop for the new album by the French band P.H.O.B.O.S. is remarkably vibrant, yet enigmatic.  It could be seen as a pure abstraction, the colors and shapes evoking an emotional response that’s dependent at least in part on what the viewer brings to the experience. But when you listen to the music of P.H.O.B.O.S., you may see it in a different way. You may see in it the emergence of a terrible visage, an inhuman one streaked in blood.

“Smothered In Scoria” is the name of the song we’re presenting today, the one that closes this eight-track album, the name of which is Phlogiston Catharsis. It has the capacity to pin the listener in place like a moth affixed to a display, still wriggling. Visions of immense and implacable terror rise up through the music; the peril is palpable, the impact of the sound riveting but unnerving. END_OF_DOCUMENT_TOKEN_TO_BE_REPLACED 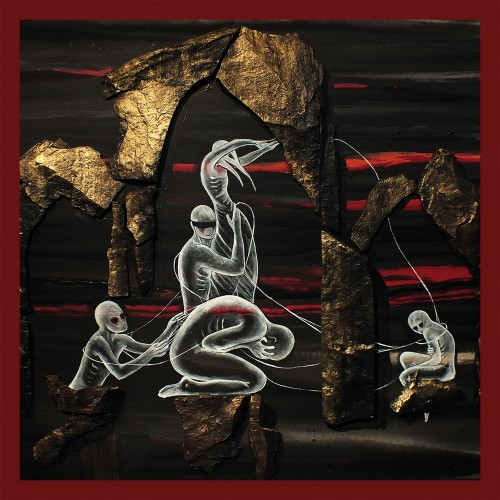 Last month we reported the announcement by Debemur Morti Records that on June 20 (June 24 in North America) the label would be releasing a split by Blut Aus Nord and P.H.O.B.O.S. entitled Triunity, featuring artwork by Polish artist Katarzyna Urbanek (you can see one of the two paintings above). Today, we bring you one song by each of these French bands from the forthcoming split.

The offering we have for you by Blut Aus Nord is “De Librio Arbitrio”. As we have come to expect from this band, the music has an otherworldly quality, a dissonant, dimension-piercing ambience that surrounds some truly gargantuan riffs and bone-jarring percussion. The song is heavy as hell and rhythmically compulsive, while at the same time ringing with the reverberations of cosmic melody and clawing with the strangling sound of barbed-wire vocals. Fantastic. END_OF_DOCUMENT_TOKEN_TO_BE_REPLACED

Here are five items I found yesterday that I thought were worth sharing. The first and last items will tear you a new one. In between those you’ll find some tantalizing news and a song that’s an exception to our “rule” but will rock you all night long.

Miasmal are a Gothenburg death metal band who share members with Agrimonia and Martyrdöd and whose self-titled debut album came out in 2011. Their second album, Cursed Redeemer, is scheduled for a May 13 U.S. release by Century Media (April 28 in the EU). Last month we featured a song from the album named “Until the Last”. Yesterday Noisey/Vice premiered a second track, “Call of the Revenant”. In a word, it’s stupendous (and, as noted, it will tear you a new one).

Seriously, there’s something about this song. On the one hand, it sounds utterly familiar — voracious vocal howling, heavy-drilling down-tuned riff grisliness, death/crust grinding and crawling, punk-inflected Swedeath rhythms. On the other hand, it not only captures this old-school radiance terrifically well, it sounds… vibrant and new. The rapacious, marauding energy is explosive and it begs to be played over and over again. END_OF_DOCUMENT_TOKEN_TO_BE_REPLACED