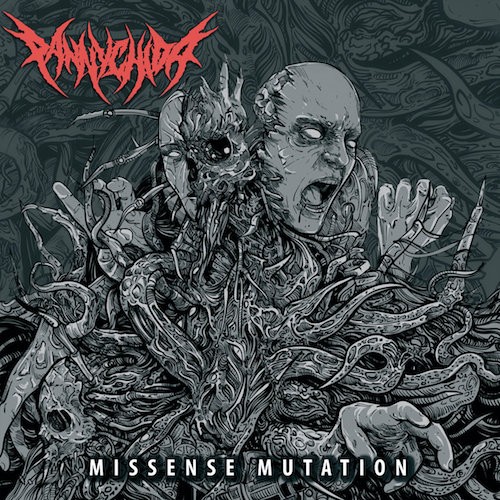 After three years of toil, the Russian death metal band Pannychida have completed their new album, Missense Mutation, and it’s now set for release on October 31st by Satanath Records and More Hate Productions. And guess what? We have a song premiere for you, a track off the new album named “Harmonious Mechanism“.

It would be fair to characterize the music as old school death metal, but of what kind? The releasing labels recommend the music for fans of Death, Pestilence, and Suffocation, and that provides some guidance. As for this song, let’s just say that if you’re feeling sleepy when you begin to listen, you won’t feel that way after you finish. Despite a sudden onset of sore-neck syndrome, you might instead feel like careening off the walls in a burst of savage merriment (or at least nodding your head and smiling in evil satisfaction). END_OF_DOCUMENT_TOKEN_TO_BE_REPLACED