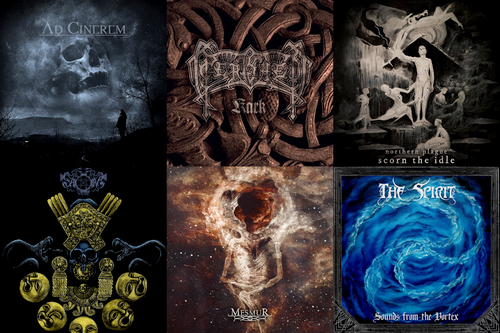 As this year is ebbing out fast, I’m presenting another four reviews. Most of them are so long, it’s inhuman to compile them like this. The music won’t provide much compassion either. Deal with it, and let’s cut straight to the chase. END_OF_DOCUMENT_TOKEN_TO_BE_REPLACED

In the fall of 2015 the Slovakian band Malokarpatan released their debut album Stridžie dni (“the witching days”), which turned out to be one of the biggest and best surprises of that year, even though I didn’t tumble to it until early 2016. With lyrics written in a local dialect, the album was based on the grotesque myths and folklore of Western Slovakia, based on “rural witchcraft, drunkenness and also national pride.” As I wrote then: END_OF_DOCUMENT_TOKEN_TO_BE_REPLACED