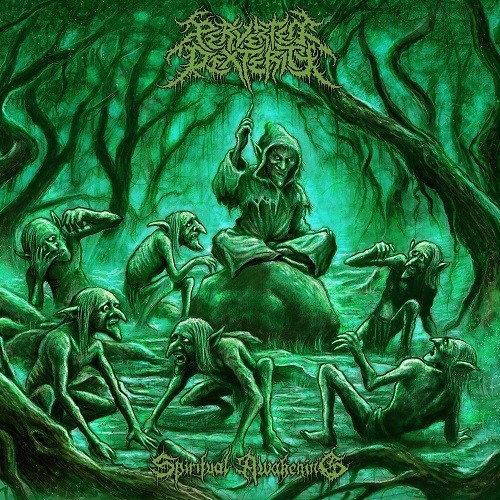 (Our friend and contributor Vonlughlio from the Dominican Republic wrote the following review of the just-released new album by the Indonesian band Perverted Dexterity, whose sole creator is also behind the black metal project Pure Wrath, whose music we’ve previously written about on multiple occasions at our site.)

Perverted Dexterity is the one-man project of Mr. Januaryo Hardy formed back in 2010. I found about this project in 2015, a year after the release of their debut album Primitive Scene of Inhumanity”, which featured fast-paced, in-your-face songs with  a raw production and cannibalistic vocals.

Yes, I was a tad bit late discovering the project, but was so glad I did. Hailing from one of the best BDM scenes around the globe — Indonesia (a land I want to visit someday) — this project has gained more notice since the release of that first album internationally. Prior to that, I believe it was much talked-about in the Indonesia scene as a result of their demo, a spilt, and a 2013 promo release. Of all the one-man projects around the globe, Perverted Dexterity is one of the best, and my favorite. END_OF_DOCUMENT_TOKEN_TO_BE_REPLACED