Minnesota’s Amiensus should need no introduction to faithful visitors to our site. We’ve been writing about their music, and occasionally hosting premieres of it, since 2013. Obviously, we are fans, and you should be too. If you happen to be newcomers, you’ll soon have a chance to get on board because Amiensus have a new album named Abreaction that will be released this summer by Transcending Records. END_OF_DOCUMENT_TOKEN_TO_BE_REPLACED 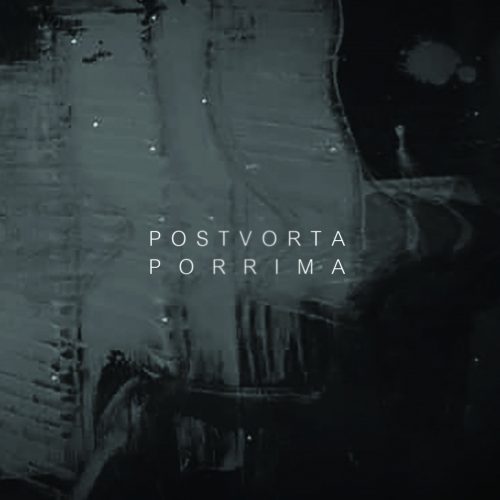 The video we’re premiering today for a song by the Italian post-metal/doom band Postvorta has a hazy, dreamlike appearance. Glimpses of a gauzy youthful form appear in a dirty and degraded dwelling — along with ominous black-clad figures whose countenances are also masked in black. The effect is haunted and frightening, and the mounting tension is palpable… but the music has a lot to do with that as well.

Eventually, the music becomes orders of magnitude more crushing and harrowing — just as the child in the video leads his mother up the stairs, both of them dressed in black as well, perhaps in mourning, to the area where we know those threatening figures lurk in the corners and loom in narrow hallways. The music pounds and seethes, torquing the tension, and the scalding vocals enhance the feelings of fear and a mood of imminent violence. END_OF_DOCUMENT_TOKEN_TO_BE_REPLACED

I’m slow out of the blogging gate today, partly because I overindulged during the usual Friday night blow-out with my co-workers and partly because I had trouble deciding what to write about for this round-up. The problem, as usual, wasn’t too few ideas but too many.

Before moving on to the music I ultimately selected, I’ll mention a handful of news items:

First, you might remember that last August we premiered the full stream for a hell of a good debut album by Portland’s Bewitcher, accompanied by these words (among others): “Bewitcher seem to have discovered a hidden vault filled with pure riff gold. Every song on the album is packed with electrifying guitar work, blending thrash, speed metal, Motörhead-style rock, first-wave black metal, and even elements of the classic NWOBHM in a way that’s as infectious as a rampaging new plague virus without a cure.”

The news is that Graven Earth Records, a small cassette-based label out of Colorado, is releasing a limited-run (200 copies) cassette of Bewitcher’s debut on April 28th. Go here to check that out (the rest of their catalogue looks pretty cool as well). END_OF_DOCUMENT_TOKEN_TO_BE_REPLACED