Out here in the euphemistically named Emerald City (which is just shades of grey right now), we’re on the other side of the continent from Long Island, New York. But we can hear the explosion of metal loud and clear. First, one impressive metal band, then another, then another. Today’s review is about our latest Long Island discovery.

We first came across Praetorian while browsing new music for a MISCELLANY post we put up in early November (here). We liked the one song we heard from the band’s 2010 EP (To Dwell In Darkness) and vowed that we’d listen to the rest of the EP and write a proper review — and then got side-tracked, as often happens around here. Sometimes we get back on track. In this case, it only took two months.

To Dwell In Darkness is an ambitious work of symphonic death metal — especially ambitious for a debut release by a young band — but it’s an auspicious start. The six songs on To Dwell In Darkness are a manifestation of considerable talent, both in the intricate songcraft and in the synchronized execution. If you’re a fan of bands like Keep of Kalessin and Dissection, Praetorian are worth keeping your eyes on.  (more after the jump . . .) END_OF_DOCUMENT_TOKEN_TO_BE_REPLACED 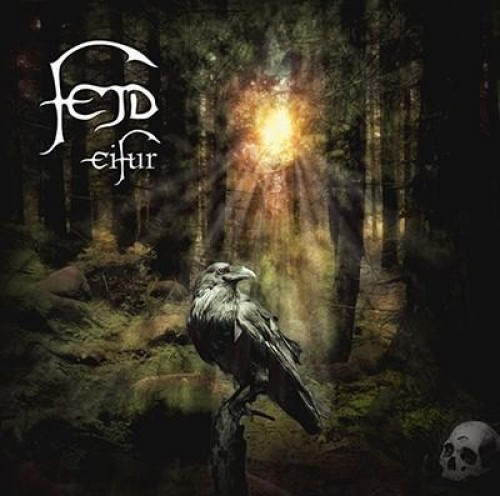 I’ve been accumulating the names of more and more bands whose music I don’t know but who look interesting for one reason or another. Yesterday, I decided it was again time to pick a few names at random off the list and see what I might find. That, of course, is what this MISCELLANY series is all about. With the internet at my fingertips, I go exploring and I record in this post who and what I heard, not really knowing in advance whether the music will be worthwhile.

For each of the bands whose names I pick, I listen to one song, and only one song — those are the rules I set for myself when we started this series. Yes, it’s pretty random and runs the risk of not giving the music a fair chance, but I think it’s better than nothing, and over time it has proven to be a useful vehicle for exposing myself (and you) to bands we might not have discovered in any other way.

In this particular installment of MISCELLANY, I checked out three bands: Fejd (Sweden), Praetorian (U.S.), and Forsaken (U.S.)

My first stop in this edition of the MISCELLANY tour was to watch a new video from a Swedish folk-metal band called Fejd. I saw a press item on Blabbermouth about them, which picqued my interest (though I can’t really explain why). Fejd was formed in 2001 by two brothers, Patrik Rimmerfors and Niklas Rimmerfors, who had been playing in a folk music band called — fittingly — Rimmerfors. To create Feyd, they joined together with some childhood friends from a metal band called Pathos. As they explain, the resulting music features “the weight of heavy metal in symbiosis with the typical melodic language and sadness of the Nordic folk music.”  (more after the jump . . .) END_OF_DOCUMENT_TOKEN_TO_BE_REPLACED