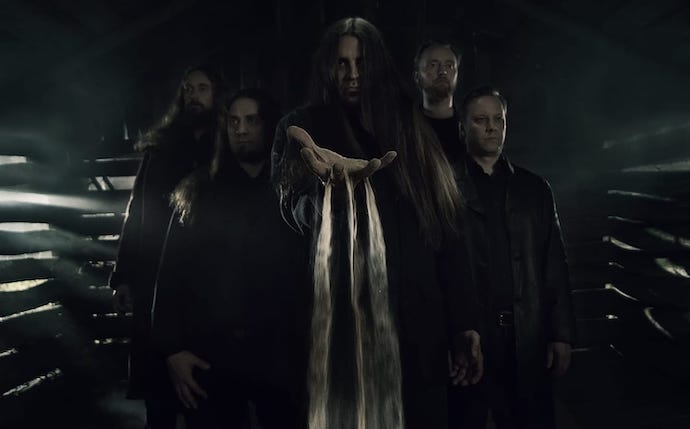 (This time Comrade Aleks brings us a revealing interview of Anssi Mäkinen, guitarist/vocalist of the Finnish funeral doom band Profetus, whose latest album will be released by Avantgarde Music and Weird Truth Productions on October 11th.)

Finnish funeral doom metal is a kind of trademark. In all ways you may be sure that a band from Suomi will grant you a massive overwhelming experience of utter desolation and cosmic loneliness. Such is Profetus, who started in Tampere 13 years ago.

Through Coronation Of The Black Sun (2009), …To Open The Passages In Dusk (2012), and now The Sadness Of Time Passing, the band has raised its ghostly sonic monolith built of down-to-earth burial riffs, immense guttural growls, and majestic and noble melody in its modest keyboards parts.

The Sadness of Time Passing will be out on Avantgarde Music on the 11th of October, and as Anssi Mäkinen (guitars, vocals) is the only Profetus member left from the original lineup, we spoke with him of the band’s past, present, and a bit of its future. END_OF_DOCUMENT_TOKEN_TO_BE_REPLACED