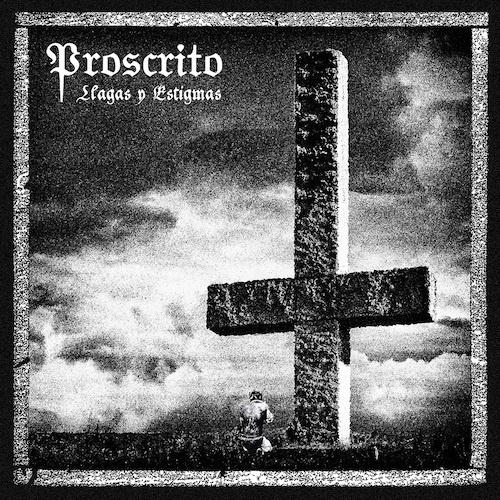 There’s a lot more to enjoy in the interview, including discussions of Spanish cultural influences on Proscrito’s music, the reasons for the band’s decision to write their lyrics in their mother tongue (“Spanish lyrics may keep us away from the politically correct crusades if some day anything goes too pointy for the lobbies that demand safe spaces in metal, haha… not that we’re singing for a brighter future for blond children or anything like that”), the production strategy for their debut album as compared to their previous EP (“Llagas y Estigmas shows a rather metallic approach instead of that sludgish former outcome, partly due to a higher tuning, it keeps a coherent line of agonic granulated screams, reverbed monolithic drums, piercing rhythm guitar headaches, wah soloing pain, and disgusting bass lines that will satiate anyone who truly enjoyed our debut MCD/MLP”), and Ricard’s vision of the perfect death/doom album (“It must place its stress in metal and death, the right old influences… Slow decay, rottenness, the crunchy taste of worms, greenflies, the noise of crepitating flesh at the crematorium, and the stench of formaldehyde are needed, too”).

Well, I should stop with the interview excerpts. The point of today’s post is to furnish some of the actual music itself from Proscrito’s new album in advance of its January 27 release by Memento Mori… but you really should read the interview if you want some hearty smiles and to learn a few things worth knowing, and not only about the band and what drives them. Now let’s turn to the song we’re premiering, “Marcado por la Pezuña“. END_OF_DOCUMENT_TOKEN_TO_BE_REPLACED 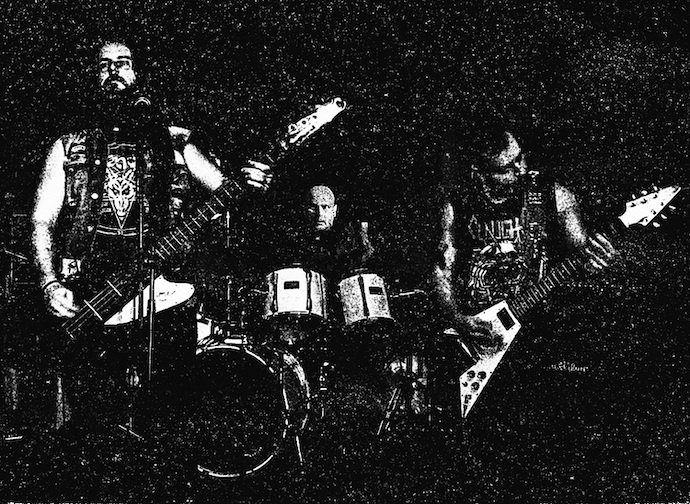 (Comrade Aleks helps us begin hell week with a fiendishly entertaining and perhaps surprisingly wide-ranging interview of guitarist Ricard of the Spanish death metal band Proscrito, whose debut album will be released on January 27th by Memento Mori, as well as by Discos MeCagoEnDios.)

Proscrito is a tough and ugly death doom outfit from Sabadel, Spain (referring to the music, to be clear). It was formed as a trio in 2016, not long ago as you see, but their progress from the demo El Calvario released in 2017 to the forthcoming full-length Llagas y Estigmas is remarkable. It’s straight and hellish, truly macabre and slow torturous doom, so I didn’t expect such an in-depth conversation from one of Proscrito’s crew. However, their guitarist Ricard provided a great interview that I’ve truly enjoyed. END_OF_DOCUMENT_TOKEN_TO_BE_REPLACED