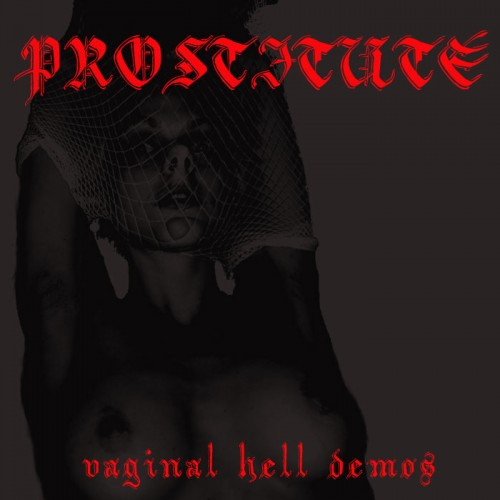 Let me just get this off my chest: Fuck the Big Four. If we must have thrash, then let it be scum thrash punks drunk on metal and burning in a vaginal hell. Preferably written, performed, and recorded by a band named Prostitute, whose members preferably are called Scum and Slag.

Yeah, go ahead and laff it up. I bet you think this is funny. But that’s because you haven’t heard the music yet. It’s dirty thrash, full of hell, booze, blood, and snot. It’s moshing, head-butting music that doesn’t give a rat’s ass — but damn it’s a kick in tender parts to hear. These two dirtbags know how to throw one compulsive riff after another until your mind is one big filthy riff, with evil vocals echoing off the walls of that empty cell you call a life.

I wish I could tell you more about Prostitute, but all I know is that they’re from Gainesville, Florida, and their debut album — Vaginal Hell Demos — is available for free download courtesy of Satanik Recordings and Bandcamp. Stream one song on the player that follows the jump and I bet you won’t want to stop. And if you do, well then I guess I was wrong: It’s too early in the morning for this. END_OF_DOCUMENT_TOKEN_TO_BE_REPLACED