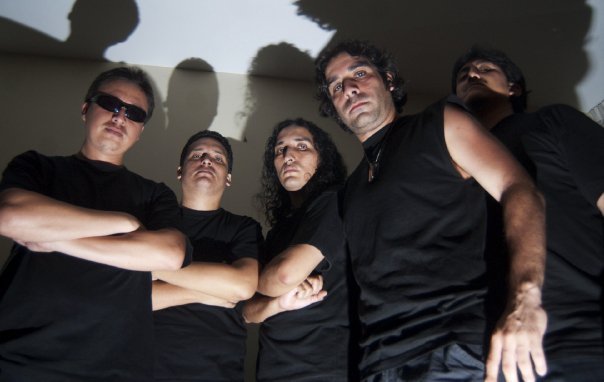 (In this new interview Comrade Aleks conversed with Mario and Marco, founders of the long-running Peruvian death-doom band Psicorragia, who are at work on a new album.)

Psicorragia is representative of Peruvian underground. Formed in Lima in 1994, the band slowly developed in the shadows and nurtured their own macabre death-doom metal. Spanish lyrics, southern passion toward death in all its forms, and a grim, sinister delivery have remained Psicorragia’s trademarks from the release of their debut album La Pasión De La Mortal until now.

Their latest album Madremuerte appeared two years ago, but as the band are already working over new gifts of Death and Misfortune we’ve managed to organize this interview with the guys. END_OF_DOCUMENT_TOKEN_TO_BE_REPLACED