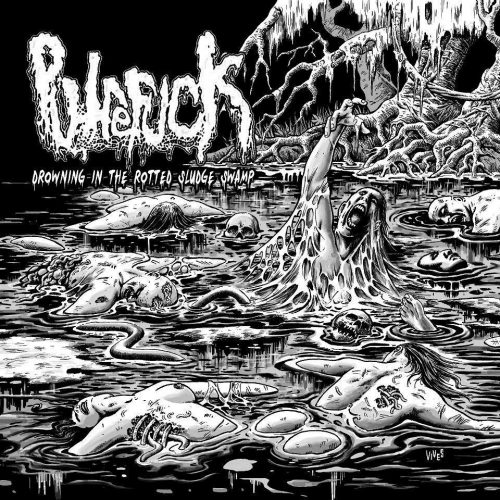 (Vonlughlio reviews the new second album by the Mexican/Spanish due Putrefuck.)

I feel honored to do a small write- up for the new release by Putrefuck, one of my favorite bands in the gore-grind genre. I first found the band thanks to Sick Reviews and some friends like Mr. Aguilera back in 2015 with the release of their debut album Impending Necrophilia In Fresh And Pale Cadavers Arriving To The Morgue.

The project formed in 2013, and the two masterminds behind this sickening idea are Mr. Davila aka Shitter (vocals, guitars) and Mr. Adrian Emocaust (drums). You could say it’s an international group since one member resides in Mexico and the other in Spain. Their love for gore-grind, facilitated by the internet, got these two into Putrefuck. END_OF_DOCUMENT_TOKEN_TO_BE_REPLACED