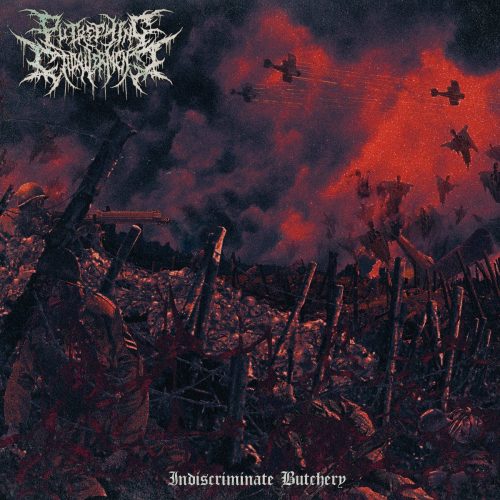 (This is Vonlughlio’s review of the debut album by the North Carolina death metal band Putrefying Cadaverment, which will be released on April 14th by Sevared Records.)

It’s been a few weeks since my last write-up, and what a great way to break the silence — by reviewing the debut album of North Carolina’s Putrefying Cadaverment, entitled Indiscriminate Butchery, to be released via Sevared Records.

Before this, the band only released two demos and one EP named Necrosadistic Defilement before going on a lengthy hiatus. They were more slam/BDM oriented and had good riffs, but although the overall idea was interesting I had mixed feelings about the earlier music. END_OF_DOCUMENT_TOKEN_TO_BE_REPLACED