The song’s name is “Life Drained To the Black Abyss”, and it’s a long one. Even the excerpt is more than 7 1/2 minutes long; as I learned from the band, the complete track runs more than 12 minutes. The album as a whole includes over 40 minutes of music, but only four tracks, so each of them is likely to be a long-form piece. END_OF_DOCUMENT_TOKEN_TO_BE_REPLACED 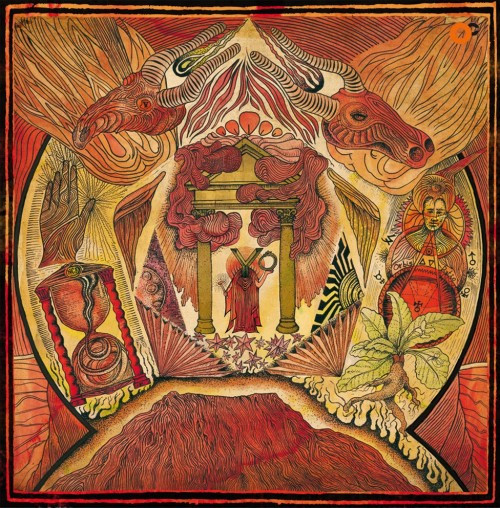 But I decided to listen to the song that CVLT Nation premiered because of that eye-catching album cover that you see above. According to the band’s FB page, it was created by “the expert in alchemical symbolism and sacred geometry, Gamaheo, member of the Numinoso Círculo Atlante.” Speaking of which, it’s also apparent that Pylar themselves devote their music (and possibly other activities) to certain ancient alchemical and occult arts, the meanings of which are completely obscure to whitebread me. But I do find that song fascinating. END_OF_DOCUMENT_TOKEN_TO_BE_REPLACED