The song’s name is “Life Drained To the Black Abyss”, and it’s a long one. Even the excerpt is more than 7 1/2 minutes long; as I learned from the band, the complete track runs more than 12 minutes. The album as a whole includes over 40 minutes of music, but only four tracks, so each of them is likely to be a long-form piece.

In keeping with the imagery in the video you’re about to see, “Life Drained To the Black Abyss” has an otherworldly quality. It begins slowly, with deep, droning bass tones and dissonant guitar melodies, and then moves into a blasting eruption followed by a slow-rocking rhythm enshrouded in bleak, ominous atmosphere. The indigo-shaded off-world guitar melodies ratchet the tension until the tightly-wound spring uncoils in a spacey ambient interlude. And what follows from that is a slow, mesmerizing segment that’s both immensely heavy and shimmeringly ethereal.

And there’s obviously more to come, which I’m eager to hear. Amazing stuff.

The band are in search of a label, so I don’t have detailed release info to share at the moment. I can’t believe the right label won’t grab this soon. 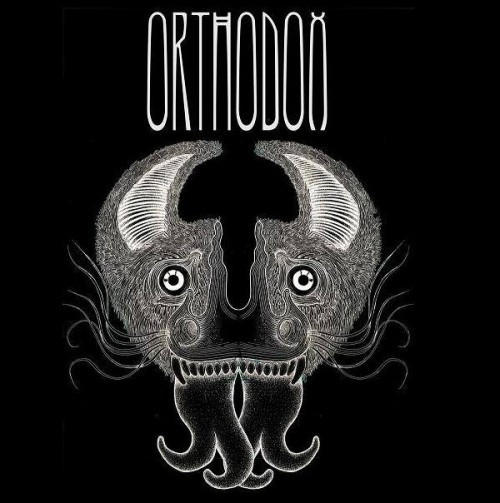 Orthodox come to us from Andalusia in Spain. Their latest album was released in 2011, but they have a new one coming in September with a re-formed line-up consisting of only Marco Serrato (bass, vocals) and Borja Díaz (Drums), plus guest session musicians. The new album is entitled Axis and it will be released by Alone Records.

Thanks to a tip from my friend “B” (of Siberia’s Station Dysthymia), I learned that the band are releasing a 7″ single for one of the songs on the forthcoming album, a track named “Crown For A Mole”, and I’m including a stream of the song below. The instrumental performances on the song are limited to rambunctious drum somersaults and thoroughly fuzz-bombed low-frequency bass notes. And for contrast, the vocalist is up there in the high range, screaming his guts out.

The song is somehow both both primal and intricate, stripped-down and head-twisting. It’s like a steamroller that has become sentient. I’m digging it.

The single can be ordered (along with a shirt + vinyl bundle) via the label’s mail order store (here). The single will be officially released on June 29 and will be available on the upcoming Orthodox Spanish tour with High on Fire. Visit the Alone Records site (here) for further info. 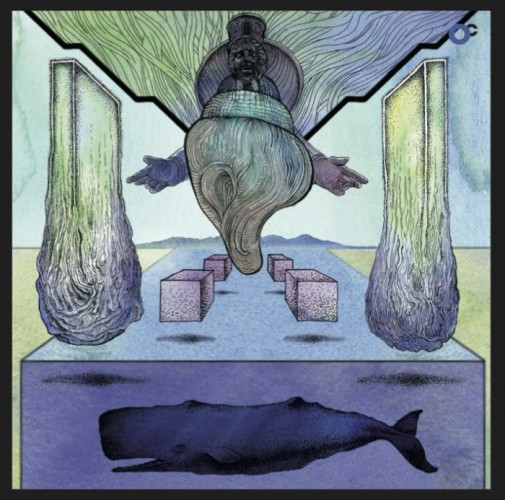 Pylar are also from Spain and apparently share a member with Orthodox. I first came across them in the fall of 2013 when I heard an absolutely fascinating song that had premiered on CVLT Nation from their album Poderoso se alza en my — and wrote about it here. Pylar have recorded a new album entitled He Venydo A Reclamar My Trono, which was in my queue of things to listen to, but thanks to yet another tip from “B“, I found out that the same CVLT Nation is now streaming the new record in full.

I still hope to write about the album, but just based on what I’ve heard from it so far, I feel compelled to share it with you now, sans description. I wouldn’t want to spoil the surprises.

The album can be pre-ordered HERE. 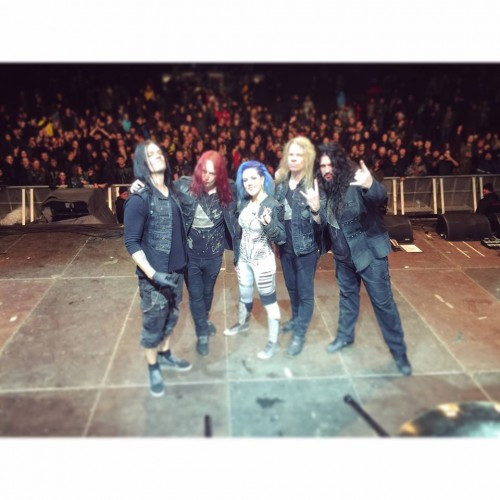 Well, I guess I’ll end this round-up with something that’s more “meat and potatoes” than the exotic morsels featured above. I don’t suppose Arch Enemy needs any introduction. This is a new video for the song “Stolen Life” from the band’s latest album. As Andy Synn wrote when he linked me to the video this morning: “Now with added Loomis“.

And to elaborate: The song originally appeared on War Eternal, but since then Jeff Loomis has joined the band, and this version of the song includes his lead guitar and solo work — and it’s available on iTunes and Amazon as a new single.

The video was filmed by Carlos Toro V. (Abysmo Films) in Chile during the band’s Latin American tour earlier this year.

Added Loomis is a good thing.