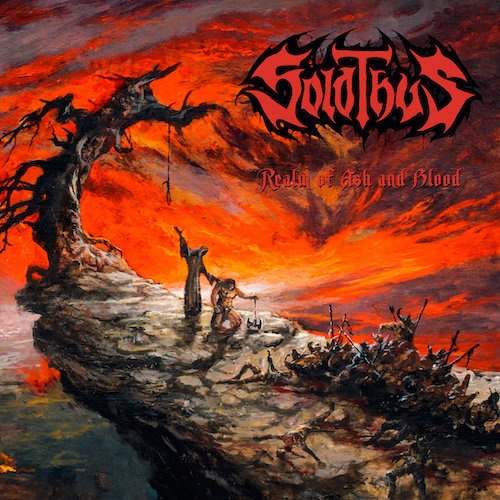 Last December we published an interview by Comrade Aleks with Kari Kankaanpää, vocalist of the Finnish doom-death band Solothus, that occurred just a few weeks after the band had finished their third album, which follows by four years their tremendous 2016 full-length No King Reigns Eternal. In that interview Kari summed up the essence of the band’s sound as “Candlemass meets Bolt Thrower“, and offered some hints about what the new album would present: “What you loved in No King Reigns Eternal is there, but with an even more refined and heavy sound! There is a lot more variation, but yet we keep the same recipe as always. I am very proud of how our upcoming third album sounds — it will be a blast when you hear it!” END_OF_DOCUMENT_TOKEN_TO_BE_REPLACED