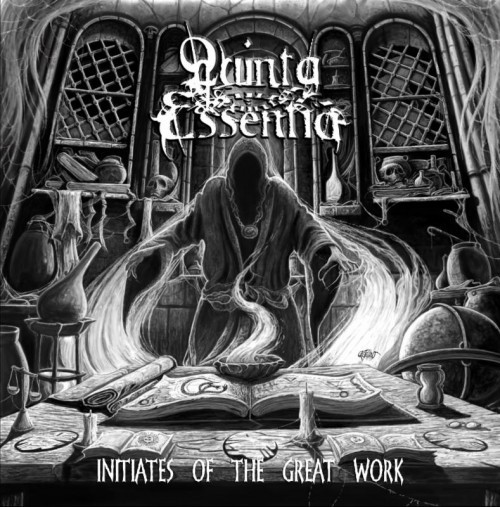 On July 29 Deathgasm Records will release the new album by Alabama’s Quinta Essentia. Entitled Initiates of the Great Work, it’s the band’s third album and their first since 2008’s Archetypal Transformation. What we have for you today is the premiere of a song that lies in wait in the center of the album, an electrifying track named “Mystical Union“.