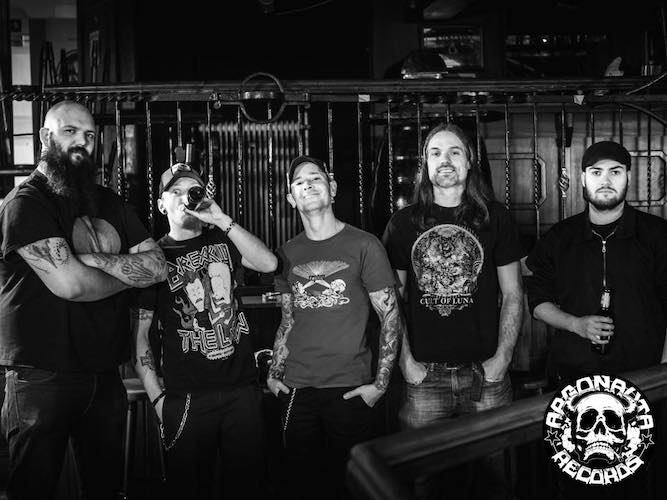 (Comrade Aleks has remained busy in these shut-in times and has brought us this engaging interview with Sam D. Durango, founding guitarist for the German band Rage of Samedi, whose latest album Blood Ritual was released in January of this plague year by Argonauta Records.)

Okay, so I was intrigued by whether the German sludge-doom outfit Rage Of Samedi had any connection with the voodoo creed as they’re named after one of most respected deities of that Afro-Caribbean cult. And the release of their third album Blood Ritual in January 2020 through Argonauta Records only stirred up my interest more. Are they that pious? Are they into catchy voodoo rhythms and riffs? What kind of shit is happening on the Blood Ritual artwork?

A lot of highly improtant questions disturbed me, so I approached Rage Of Samedi’s guitarist Sam D. Durango and learned a lot about how to stay cool, strong, and healthy. END_OF_DOCUMENT_TOKEN_TO_BE_REPLACED