I was very happy to see that Andy Synn decided to devote his November 2019 edition of THE SYNN REPORT to these frightening Germans, putting in one place streams of all their albums and allowing for a clear view of the ways in which their sound has evolved since 2006, culminating (for now) in 2019’s stunning Venenare, which Andy rightly acclaimed as “without a doubt, one of the most intense and impressive Black Metal albums of 2019”. END_OF_DOCUMENT_TOKEN_TO_BE_REPLACED 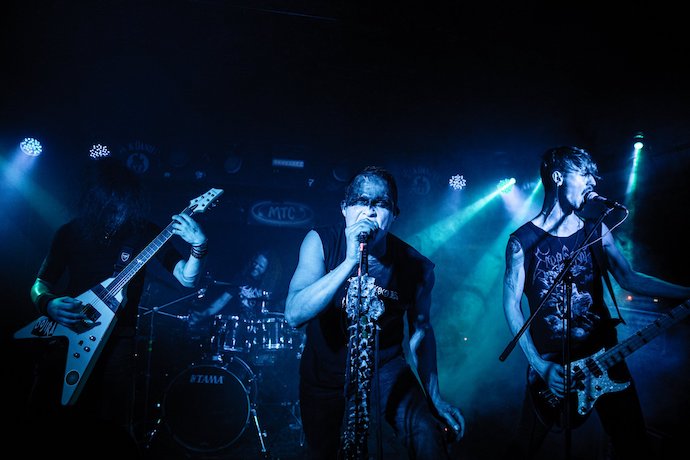 The German band Raptvre picked a fantastic song to showcase in the video we’re presenting today. It displays so many of the attention-grabbing qualities that made their 2019 debut album Monuments of Bitterness one to remember (and which caused our own Andy Synn to herald it in a year-end list here at NCS).

The song is “Echokammer“, and the video (beautifully filmed and edited by Noel Auch and Julian Baron of Brainthrill Studio) captures Raptvre‘s performance of the song at the band’s album release show on November 23rd in Cologne. END_OF_DOCUMENT_TOKEN_TO_BE_REPLACED