The Belgian band Amenra are returning with a new mass, five years after the last one. Mass VI will be released on October 20 by Neurot Recordings, a date that seems very far away, but at least it’s on the calendar now. The video below isn’t a full song (sadly), but it’s a very effective teaser for the new album nonetheless. END_OF_DOCUMENT_TOKEN_TO_BE_REPLACED 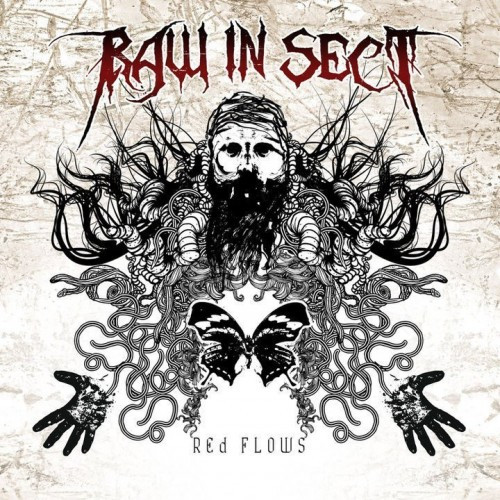 Raw In Sect is a Greek band formed in 2005 and now consisting of Kostas Diamandis (vocals, guitars), Jim Alexiou (drums), Bill Kranos (guitars) and George Vasilopoulos (bass, backing vocals). The more I think about the band’s name, the more I like it. It uses the word “raw”, which is a good sign if you have my kind of taste in metal, and then it has that play on words, “in sect”, which makes me think of both hooded, human-sacrificing, blood-worshippers and creeping, crawling, cannibalistic things with feelers and pincers and multi-faceted eyes. I suppose it’s possible that I have an over-active imagination.

Anyway, Raw In Sect produced a three-song demo in 2007 and have now signed to a label called Aural Music, Wormholedeath for the release of their debut album, Red Flows. More good names: Wormholedeath and Red Flows. Plus, the band is scheduled to play three shows in Ireland with Suidakra in September. That’s keeping some good company.

But a good band name and a flowing (red) album name will only carry you so far, i.e., right up to the brink of the music itself, and then you either fall off a cliff, crashing and burning, or you get into a good . . . flow . . . with something red and raw (and insectile) along for the ride. Which is it for this band? (more after the jump . . .) END_OF_DOCUMENT_TOKEN_TO_BE_REPLACED