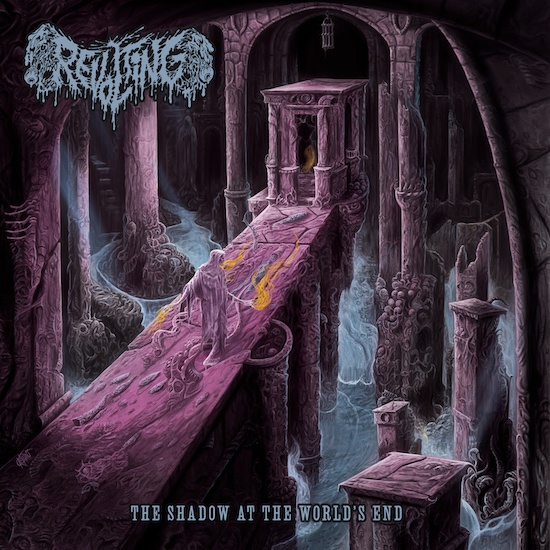 Somewhere, someday, an enterprising metal-head will devote a massive doctoral thesis to analyzing in meticulous detail the music of Rogga Johansson‘s numerous bands, attempting to compare and contrast them as they’ve popped in and out of existence over the last quarter century. Perhaps the work has already begun. Perhaps it will provide a nuanced roadmap to why this music went here and that music went there. Or maybe it will end in confusion and a re-thinking of careers, with the aspiring academic turning toward the relative simplicity of something like brain surgery.

Either way, a central subject in the analysis would have to be the band Revolting, a Johansson group whose releases have been exceeded in number only by the hallowed Paganizer. As a vehicle for the inspirations of the Bard of Gamleby, Revolting has clearly been a favored one, given that beginning in 2009 Revolting was on pace to release an album a year, until taking a three-year break between 2012’s Hymns of Ghastly Horror and 2015’s Visages of the Unspeakable. Another three-year break led to 2018’s Monolith of Madness, but we’ve only had to wait about two-and-three-quarter years for the next full-length, The Shadow At the World’s End, which will be discharged by Transcending Obscurity Records on November 27th. END_OF_DOCUMENT_TOKEN_TO_BE_REPLACED