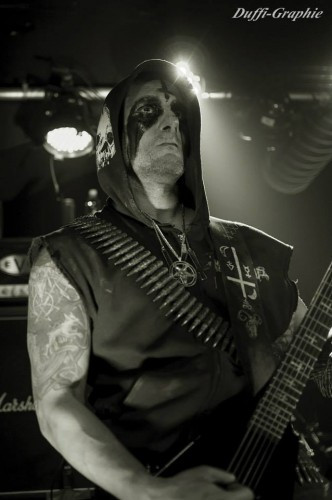 In the beginning we all participated equally in hymn writing, but I have been  taking more and more responsibility than in previous years and now have alone composed all the music from Heavenly Vulva as for The Apocalyptic Triumphator. It is, though, irrelevant who of the members does what, as the band is a band, and not for personal glory but for the glorifying of Lucifer. END_OF_DOCUMENT_TOKEN_TO_BE_REPLACED