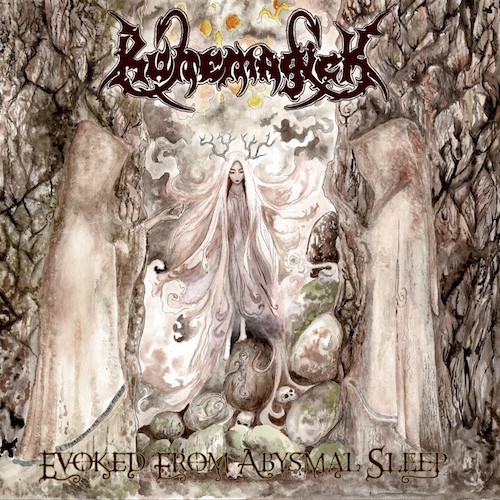 (Comrade Aleks brings us this new interview with Nicklas Rudolfsson, founder of the Swedish band Runemagick, whose first album in more than a decade was released not long ago by Aftermath Music.)

Runemagick was started as a death metal project named Desiderius in 1990. They chose their current name a few years later, and alongside that developed a more doomy, low-tuned sound. Nicklas Rudolfsson took his time to gather a full lineup, and one by one, the first three albums — The Supreme Force Of Eternity, Enter The Realm Of Death, and ‘Resurrection In Blood — appeared in the 1998, 1999, and 2000, respectively.

Despite a ten-year-long hiatus and other issues, Runemagick is still alive and their eleventh album Evoked From Abysmal Sleep was released by Aftermath Music on the 20th of July. More death, doom, and damnation! I feel it’s the right time to clarify few facts from Runemagick’s history, so here’s Nicklas himself. END_OF_DOCUMENT_TOKEN_TO_BE_REPLACED