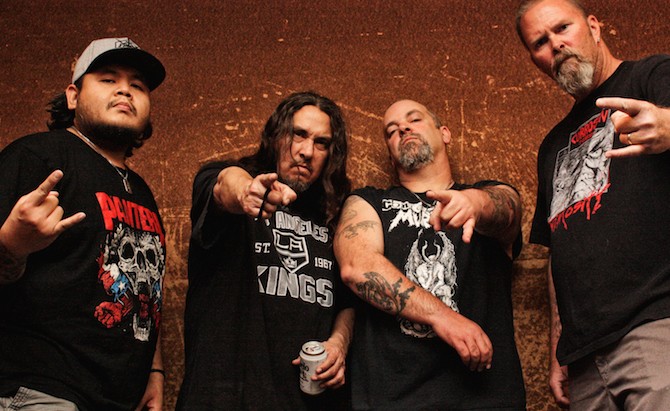 (Comrade Aleks rejoins us with this interview of Ryan J. Parks, vocalist/guitarist of Contemplating Murder and a former member of Conqueror Worm and Poets of the Plague.)

Contemplating Murder is an extreme band that mixes death, thrash, and doom metal with other minor elements in their music. It was created in 2014 by Ryan J. Parks (guitars, vocals), Alan Evans (bass), and Gregg Drummond (drums). With only one self-titled album in the discography, they have a longer history indeed, as Ryan started another band of this kind in 1996, Poets Of The Plague, and then after its disbanding spent a few years with Conqueror Worm.

We had a talk with Ryan, and here’s his story. A story of extreme metal, murder, metal, horror, death, and metal. END_OF_DOCUMENT_TOKEN_TO_BE_REPLACED