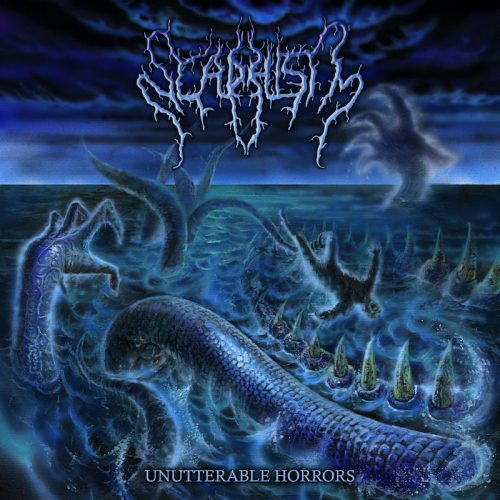 A medical dictionary tells us that a cardiectomy is an excision of the heart, while “malapropos” refers to something that’s untimely or inappropriate. And so now perhaps you have a bit of introductory insight into the ripping new song from Boston’s Scaphism that we’re premiering in this post.

“Malapropos Cardiectomy” is one of eight tracks on Unutterable Horrors, the new Scaphism album that’s headed our way with an imminent January 12 release via Horror Pain Gore Death Productions. It’s the band’s first album since their 2012 full-length debut, Festering Human Remains, and it’s apparent that during this five-year interval between releases Scaphism have become, if anything, even nastier and more savagely adept at their chosen form of death metal butchery. END_OF_DOCUMENT_TOKEN_TO_BE_REPLACED