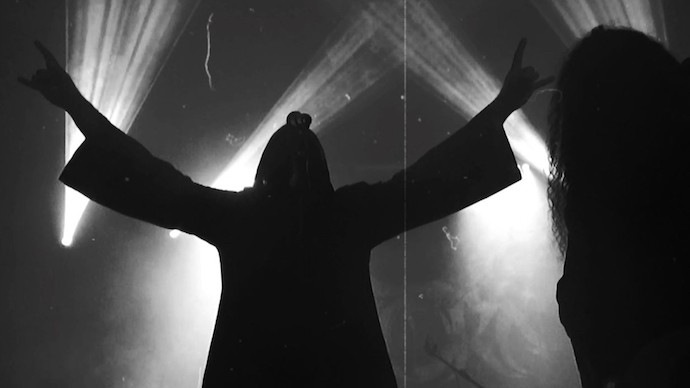 When I first began listening to the music of Parthenope, the debut album by the Neapolitan metal band Scuorn that was released earlier this year, I wrote “It’s a truly eye-opening offering of epic symphonic black metal — majestic, bombastic, ferocious, theatrical, panoramic, richly textured, richly rewarding. I felt like giving a standing ovation at the end.” And the same can be said of the specific album track “Sepeithos“, which is the subject of a music video that we’re helping to premiere today.

Haeresis is the name of the new album by one of our site’s favorite bands, the Iberian horde known as Noctem. They’ve been dribbling out tracks from the album since August, with “Through the Black Temples of Disaster” and “The Submission Discipline” having been previously released, and yesterday I discovered a third single, “Pactum With The Indomitable Darkness“. END_OF_DOCUMENT_TOKEN_TO_BE_REPLACED