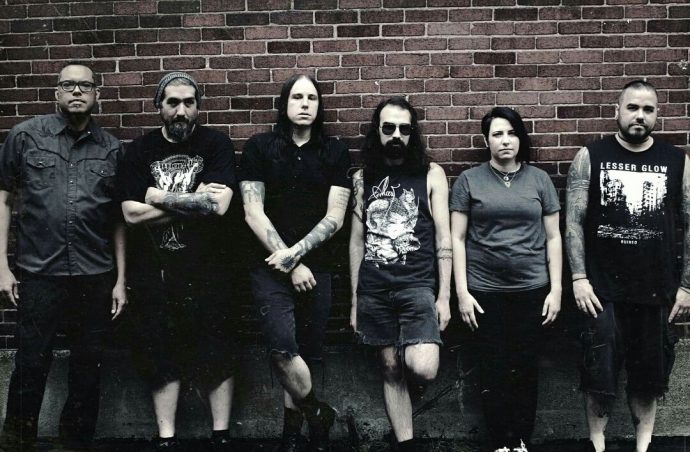 (Comrade Aleks has brought us the following interview with the members of the New York band Sertraline, who are at work on a debut album and whose three EPs to date were released last month in a compilation package by Hypnotic Dirge Records.)

I’ve got Sertraline’s new release The Streetlight Was All We Needed from Canadian label Hypnotic Dirge, among a few other releases. This post-black metal band from Buffalo has been active since 2015, and there are three EPs in their discography. The Streetlight Was All We Needed is a sum of those three small recordings – Shade (2017), From Both Our Hands (2019), and These Mills Are Oceans (2019).

Shelly Muehlbauer (guitars), Tom Muehlbauer (vocals), Jason Roman (bass), Jay Zgoda (guitars), Ken Culton (drums), and David Lopian (guitars) are together for all these years, and this interview is a unique situation, as all the band’s members answered together. END_OF_DOCUMENT_TOKEN_TO_BE_REPLACED