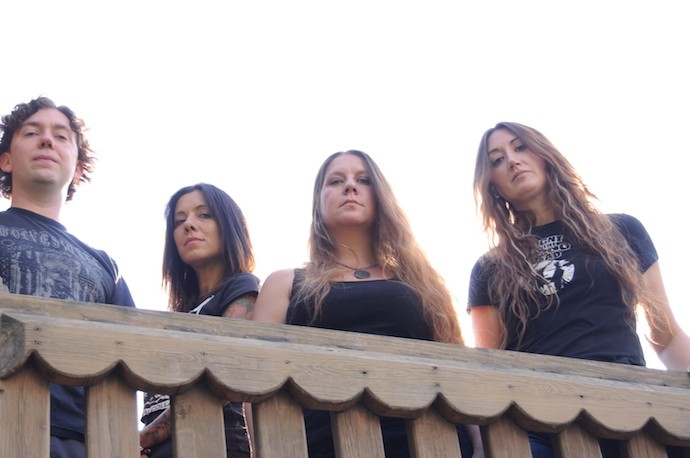 (We are delighted to present Comrade Aleks‘ extensive interview of Sharon Bascovsky, founder and mainstay of the ground-breaking Pittsburgh death/doom band Derkéta.)

Derkéta was formed in Pittsburgh in 1988 by Sharon Bascovsky (vocals, guitars) and Terri Heggen (drums). Influenced by bands like Sepultura, Death, Massacre, and Bathory on the one hand, and by bands like Black Sabbath and Candlemass on the other, they worked out their own low-tuned and a bit slowed-down death metal, which later transformed into something that was labeled as death/doom metal. Two demos and one EP (1990’s Premature Burial) was all the band recorded before they split up in 1991.

Sharon tried to resurrect Derkéta in 1997, then in 1999… It’s a long story, but finally, the full-length album In Death We Meet was recorded in 2012. Sharon played a few shows with a new lineup, then came a single, Darkness Fades Life in 2014, and then… Actually it wasn’t even clear if Derkéta were still an active band until I wrote Sharon and asked her all the questions I had accumulated through a few years. END_OF_DOCUMENT_TOKEN_TO_BE_REPLACED