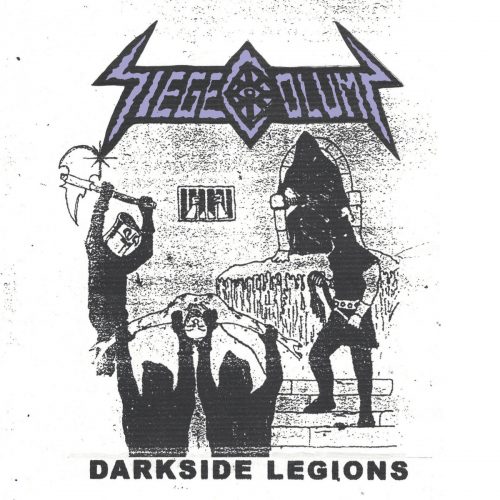 Two years on from their Inferno Deathpassion debut album, New Jersey’s Siege Column are back with a new full-length, appropriately named Darkside Legions. Stripped of pretense and with an obvious abhorrence of gimmickry, sanitized production, and just about any other sign of modern calculation, the album is vicious, visceral, and evil to the core. It’s like some ancient bestial monstrosity that’s been excavated from its rotten tomb and jump-started back to life with a phalanx of truck batteries. Its hellish energy is likely to have the same effect on your own pulse rate.

Darkside Legions is the name of the new album, and it has a release date of August 15th via Nuclear War Now! Productions. What we have for you today is the premiere of the album’s title track, which provides a very good representation of what the new album holds in store. END_OF_DOCUMENT_TOKEN_TO_BE_REPLACED

I’m starting with something that’s not entirely new. It’s a debut album by Anopheli from Oakland, California (and other places), that was originally released in 2o15 (and I wrote about it here at that time). But the band had the album re-mastered by the same man who mastered the original release — the veteran producer Jack Shirley at Atomic Garden. He explained the changes: “”Things to listen for. It’s less overloaded and everything is more articulate. The overall low end is deeper, the high end is clearer. The drums snap better and interfere less with the other instruments.” END_OF_DOCUMENT_TOKEN_TO_BE_REPLACED