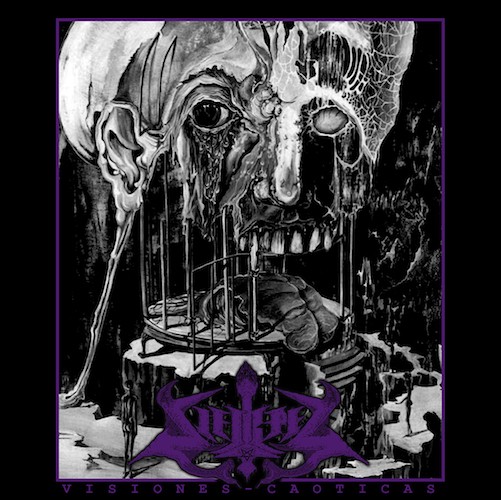 Sierpes is a new demonic duo from Columbia and Ecuador consisting of vocalist/drummer Melissa and guitarist/bassist Muerto. Their first offering was a four-track demo released by Tanatofobia Productions and later re-issued by the Salvadoran label Morbid Skull Records, and now the same Morbid Skull is poised to release Sierpes‘ debut album, Visiones Caóticas. That will happen tomorrow… but today you can listen to the album through our streaming premiere at the end of this post.

Sierpes were inspired by an array of old-school South American and European bands to re-create the classic sound and feel of primitive black speed metal and black thrash, and on this new album they’ve done that with authentic spirit and scorching vehemence. END_OF_DOCUMENT_TOKEN_TO_BE_REPLACED