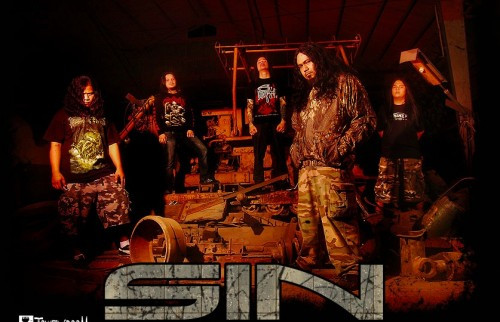 The pervasive influence of Meshuggah on the evolution of metal has been on my mind the last several days. Partly, I’ve been thinking about some comments we got on a post about Gojira written by my all-too-infrequent collaborator IntoTheDarkness. Partly, I’ve been thinking about a Meshuggah-influenced band from the Philippines called SIN that NCS reader Jaime Abellar introduced to me just a couple days ago. And because all three of these bands are stupendously good, I thought it might entertain you to share my thought processes.

Of course, it might also reduce your IQ so that it becomes closer to my own. This is the risk you take by visiting NCS.

To begin at the beginning: IntoTheDarkness wrote a post proclaiming and explaining his opinion that Gojira is the best metal band in the world. That was almost three months ago, and yet we’re still getting comments about it, one of which, from a reader whose a/k/a is Ox Drum, said this about a week ago:

If you enjoyed The Art of Dying that much, I’d suggest checking out a badass Swedish metal band that’s been around since the early 90’s called MESHUGGAH! The influence is especially obvious on Esoteric Surgery off of The Way of All Flesh (one of the riffs is exactly based off of the riff in the Meshuggah song ‘Bleed’). Both are great bands and I love them each in different ways.

Anyways, yeah, Gojira is most def one of the best metal bands out there right now (and have been since Terra Incognita actually

) Being a drummer myself, Mario is a huge inspiration! In fact, I’m inspired by the band as a whole; even the guitarists!

(lots more after the jump, including a bunch of tracks to hear . . .)