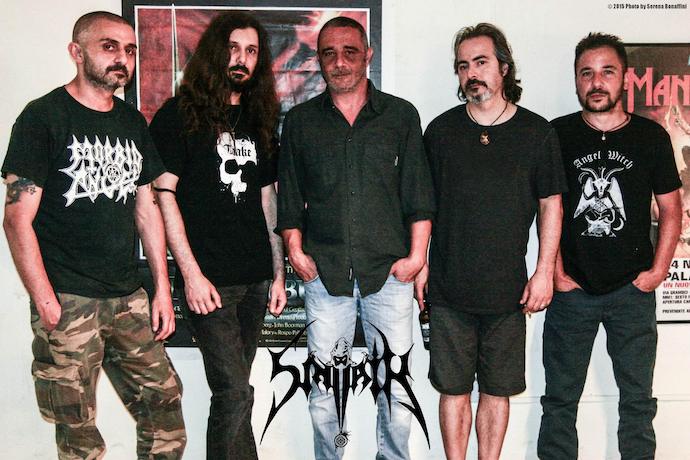 (Comrade Aleks rejoins us with the following interview of Salvatore Fichera of the Italian black/death/doom band Sinoath, whose latest album in a career which began in 1990 is 2018’s Anamnesis.)

This band has a long and complicated story and a pretty short discography containing only three full-length albums. Having started in 1990 in Catania, Sicily, they recorded their first album Research in 1995 after two demos — Forged In Blood (1991) and Still In The Grey Dying (1993). It’s hard to categorize this material but it’s done on a converging of death, black, and gothic metal, with some Italian dark prog influences.

The band was finished in 1996, but seven years later it was restored with Sinoath’s initial drummer Salvatore Fichera. The new album, Under The Ashes, turned out to be darker and heavier than its predecessor, but the band didn’t aim to strengthen their position from there and laid down again after that. After 11 years of silence in terms of album-length releases, Sinoath returned again in 2018 with their third album, Anamnesis, which combines doom metal with some other influences. I’ll try to sort out everything in this story with Salvatore himself. END_OF_DOCUMENT_TOKEN_TO_BE_REPLACED