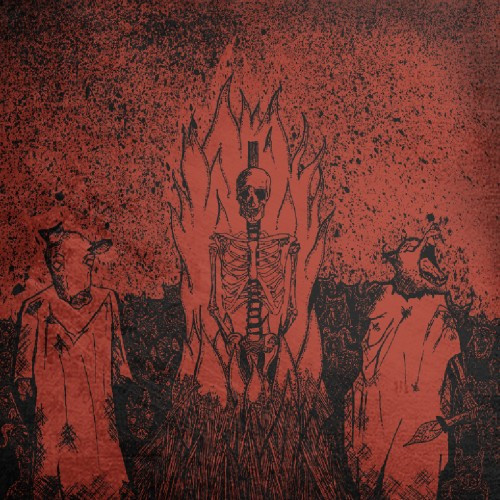 (DGR catches up with the latest offering of grind from Finland’s Spawn From Deceit.)

Sometimes, you want some music that you can not only scream along with but also scream at in a white-knuckle rage. I went through this a huge amount last year, and the feeling has been sticking around since then. It sent me on a massive grind kick (of the loud, banging, DIY Punk style, about as close to Nasum and Rotten Sound as I could get with every band) and wound up covering a variety of bands.

Finland’s Spawn From Deceit were probably the most punk of the grind bands that I covered when I launched that vast swath of reviews in the genre late last year. Since then though, I haven’t done my due diligence to see what the guys have been up to. Should’ve known better, because grind is a genre that lends itself to fairly prolific releases, and lo and behold, Spawn From Deceit have another six-song face-to-the-grinding-wheel release out called New Thrones — though I don’t think there is any way to get your hands on it at the moment. END_OF_DOCUMENT_TOKEN_TO_BE_REPLACED 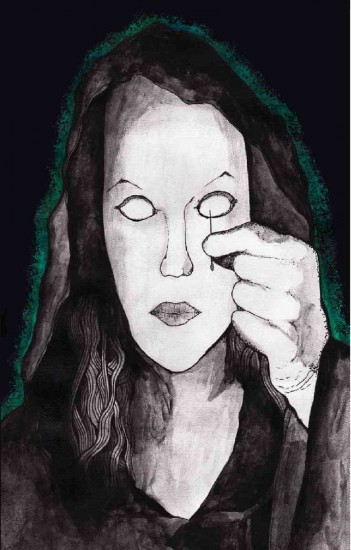 (DGR, feeling grindy, reviews the latest album by a group of Finns who’ve taken the name Spawn From Deceit.)

Even though it has felt like a system oft overlooked in favor of newer, shinier services like Spotify and Pandora, I have to give a huge shoutout to the last.fm recommendations system because it seems I find more new music through that site than I do the other ones, especially considering the rarity of commercials on the last.fm site player vs the other services.

Lately it seems to have noticed that I’ve been in a deathgrind mood and it has recommended bands accordingly. It did me a huge solid this time in the form of Spawn From Deceit, a Finnish grind band that is just starting to get its feet off of the ground – their first demo was released in 2010, just a year after the project was formed by a couple of guys in the group Ithaquan, and their first actual disc hit in 2011 with the title At Least We Did Care.

However, I found myself at their doorstep via the song “Volition” from the group’s 2013 release Woven Promises – Unraveled Victims, and, as we are wont to do on this site when it comes to music we enjoy, we had to share it, if only for its stark differences from the other, grindier bands that I’ve been reviewing as of late. END_OF_DOCUMENT_TOKEN_TO_BE_REPLACED