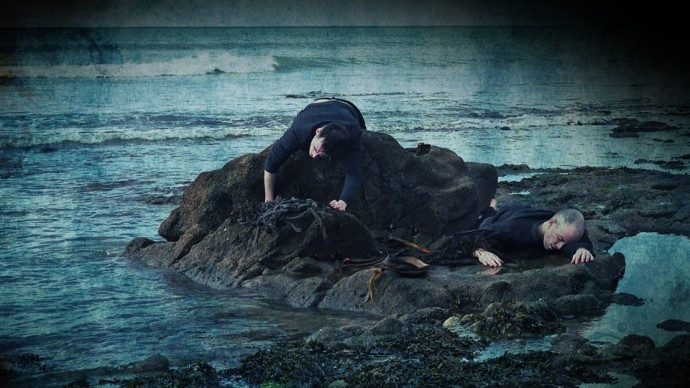 (Comrade Aleks brings us another very entertaining and informative interview with the two core members of the unusual Breton band Stangala.)

That extravagant outfit from Brittany returns after three years of searches with a new refreshed sound and new avant-garde melodies which were formed under the name Klañv… Oh, well, let me introduce you to the Stangala band.

They started in far 2006 as a trio – Steven Le Moan (guitars, vocals), Thomas Coïc (drums), and Alexandre Miossec (bass). This lineup recorded  the Boued Tousek Hag Traou Mat All debut in 2011, “drug-fueled” psychedelic doom rock with some Breton tunes and Breton lyrics. About two years later the band (without Alexandre this time) took part in split-record with the Stonebirds group; this work was named Kreizh Breizh Sessions – Vol.1. This time Stangala performed a highly eclectic mix of doom stoner with black metal, with some Breton colors as well.

And now? Their second full-length Klañv, released by Finisterian Dead End on the 24th of March, shows avant-garde Celtic doom black rock as it probably could be. It’s an imprecise term, but you can easily check it – there are a few necessary links down the text. Oh, and the text… It’s our interview with Steven and Thomas. END_OF_DOCUMENT_TOKEN_TO_BE_REPLACED