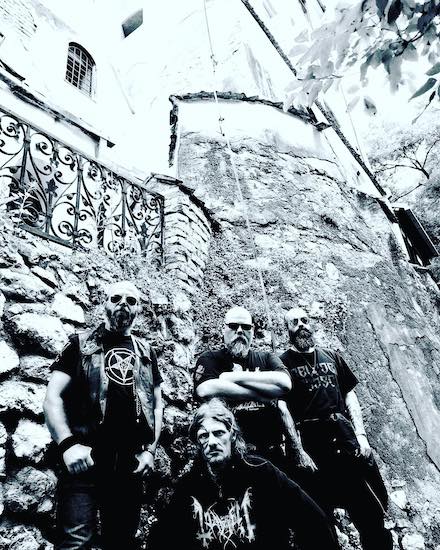 (Norway-based NCS contributor Karina Noctum had the chance to interview Steinar Sverd Johnsen, co-founder of the legendary Norwegian black metal band Mortem (as well as Arcturus), about the genesis and the resurrection of Mortem (whose new album Ravnsvart was released by Peaceville this past September) and other related subjects, and we present that discussion below.)

Mortem was formed back in 1989 by Marius Vold (Thorns, Arcturus) and Steinar Sverd Johnsen (Arcturus, Covenant, Satyricon). They released a demo whose artwork was made by Dead (Pelle Ohlin) and had Euronymous (Øystein Aarseth) as its producer. After the demo the artists devoted their time to other endeavors and nothing else was made.

Now they have reunited and produced a skillfully crafted album named Ravnsvart that counts the talents of Hellhammer (Mayhem, Arcturus) and Tor R. Stavenes (1349, Svart Lotus), making it one of the best BM releases this year.

In this interview with Steinar you will find all the information about things past, present, and future of this Black Metal supergroup. END_OF_DOCUMENT_TOKEN_TO_BE_REPLACED