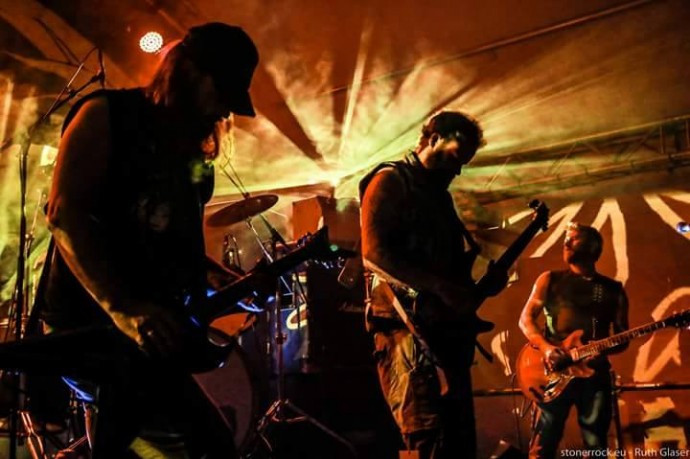 (Comrade Aleks brings us this interview with Stuart West of the German doom titans Obelyskkh.)

Bulky and massive, Obelyskkh rises over the German doom scene like a mammoth ancient extraterrestrial ship. The band experiments over its own distorted and transmutated form of psychedelic doom metal, mixing within their songs elements of different subgenres and retelling through their songs myths and archetypes of the past. There are three albums in Obelyskkh’s discography, and musically they’re different though united with the idea of experiments, improvisation, and dark unearthly vision. Their third album Hymn to Pan was released in 2013, so I was wondering if they planned to release something new. It was difficult, but finally Stuart “The WhizKid” West (guitars, synth) answered my questions. END_OF_DOCUMENT_TOKEN_TO_BE_REPLACED