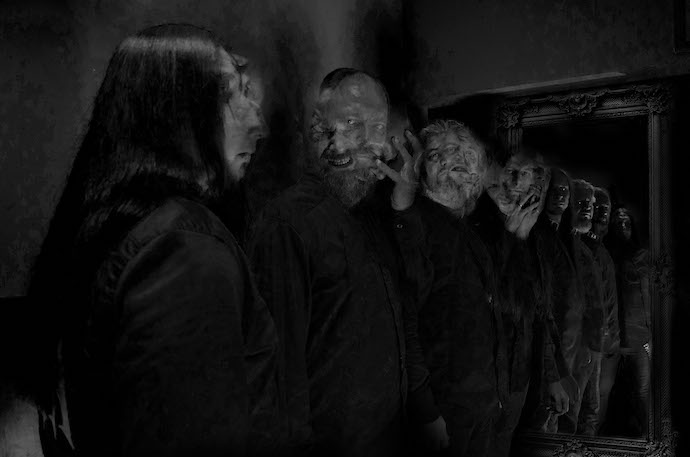 (Comrade Aleks has brought us the following great interview with two members of the Lithuanian band Sullen Guest, whose latest album was released in February 2021 and who have a new EP on the near horizon.)

There aren’t many doom metal bands in the Baltic region, and Sullen Guest are one of very few representatives of the genre in Lithuania. I guess you’ll find everything you could imagine about death-doom in any of their releases. It’s all about misery, death, despair, and doom as well.

The band had enough time to grow, and nowadays they are far from the point where they started seven years ago with their first EP Will You Greet the Sullen Guest as an Old Friend? With the new album Chapter III (Metallurg Music, 2021) they turn to be even more bitter and desperate as their musical palette has become more saturated and expressive.

Sullen Guest’s founder Tenebra (guitars) and Inanitas (vocals, guitars), who joined the band in 2019, reveal details of the band’s new EP in this fantastic interview. END_OF_DOCUMENT_TOKEN_TO_BE_REPLACED