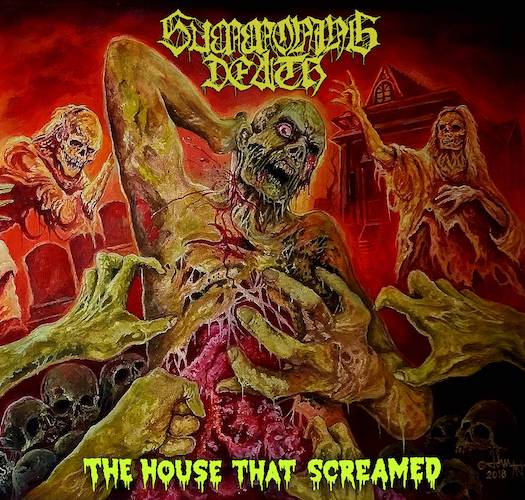 From very early days, horror and death metal have been intertwined, the monstrous sounds of doom and death feeding off the gruesome frights of old B-movies and tales from the crypt. It’s a venerable tradition, and one that’s constantly being renewed and replenished, as seemingly deathless as corpses who claw their way back from the graves.

Solidly within that tradition, and taking musical inspiration from old-school antecedents in the Swedish and Finnish vein, the Mexican band Summoning Death have recorded a debut album fittingly named The House That Screamed, which will be released by Chaos Records later this year. It’s an impressive full-length debut, one that breathes hideous new life into this cadaverous institution. And to help announce it, we present the second track on the album, “The Screaming Skull“, accompanied by an official video that’s a hello of a lot of fun to watch. END_OF_DOCUMENT_TOKEN_TO_BE_REPLACED