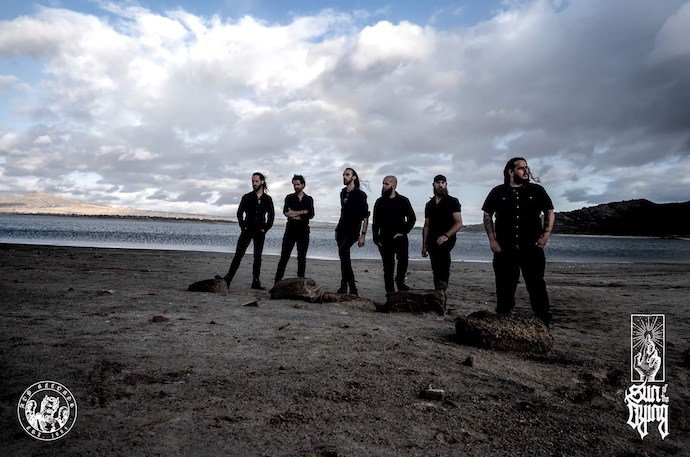 (Comrade Aleks has had a very busy fall, and as a consequence we have many of his interviews lined up to appear between now and the end of 2019, including this discussion with members of the Spanish doom/death band Sun of the Dying.)\

Here we have Madrid-based Sun Of The Dying, a band that has developed shortly from a quite depressive yet melodic doom death metal of their debut album The Roar Of The Furious Sea (2017) to the richer melancholic and atmospheric themes of their brand new album. The Earth Is Silent saw the light of day on the 29th of November through Art Of Propaganda, and the band sounds really updated, and that’s not only because of a new vocalist on board.

It’s something rare, but almost the whole band took part in this interview. Let me introduce you to – Daniel Fernández Casuso (guitars), Eduardo Guilló (vocals), David Muñoz (keyboards), Jose Yuste (bass), and  Roberto Rayo (guitars). I don’t know why Sun Of The Dying’s drummer  didn’t take part into this — I hope he’s fine there. END_OF_DOCUMENT_TOKEN_TO_BE_REPLACED