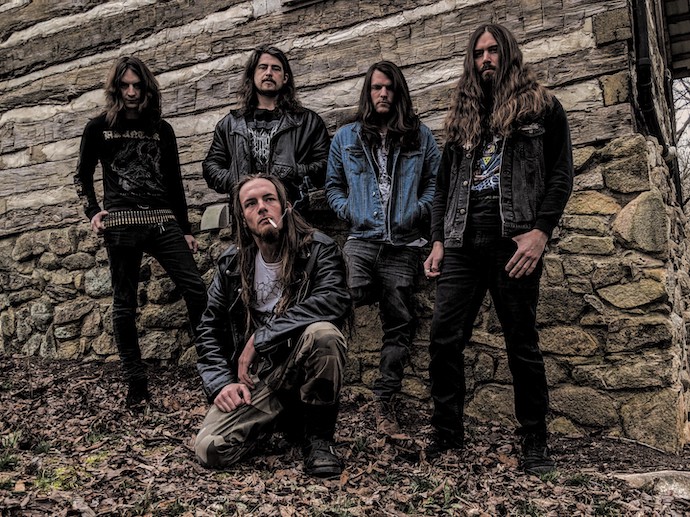 North Carolina’s Suppressive Fire made their full-length debut four years ago with Bedlam, an album that loosely explored the terrible nature of World War I. Wasting no time, they followed that with a second full-length the next year entitled Nature of War, which again organized the band’s hell-raising brand of black thrash around the subject of warfare, culminating in the closing track “Nuclear Dismemberment”.

Now Suppressive Fire are returning to the field of battle with a new EP entitled Invasion that’s set for release on the Ides of March. The band’s line-up has undergone significant changes, with guitarist Joseph Bursey as the only remaining original member, now joined by vocalist Devin Kelley (also of Cemetery Filth and Dire Hatred), drummer Scott Schopler (owner of Blasphemous Mockery Productions), bassist Andrew Nye (also from Leachate and Eyn), and second guitarist Nate Stokes (also of Witchtit and Noctomb). But the band’s thematic focus has remained consistent, with this new EP heavily focused on the events of World War II, and as you’re about to discover through our premiere of a track named “Siege“, their music is even more explosive. END_OF_DOCUMENT_TOKEN_TO_BE_REPLACED 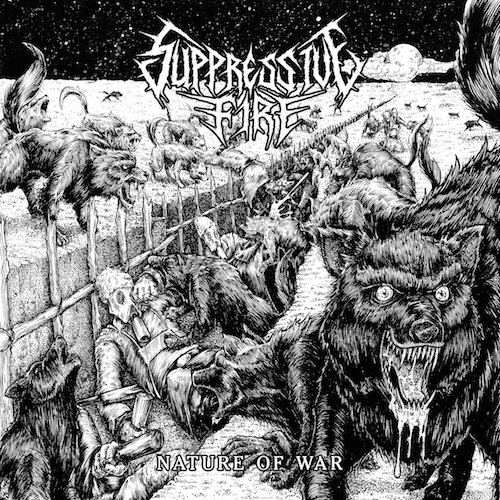 If you’ve had enough of middle-aged big-name thrash bands who’ve lost the fire in their bellies and you’re left yawning by fledgling retro thrashers who sound like they couldn’t punch their way out of a paper bag, listen up: We have a track for you from Suppressive Fire with a song title that isn’t an exaggeration: “Nuclear Dismemberment“.

This isn’t the first time we’ve paid attention to this band from Raleigh, North Carolina. Near the beginning of this year, in one of our new-music round-ups, we featured a song off their debut album Bedlam, which was released in mid-January. And in mid-January of next year, the band’s second full-length, Nature of War, will be upon us. That’s where you’ll find “Nuclear Dismemberment”. END_OF_DOCUMENT_TOKEN_TO_BE_REPLACED

It’s been two and a half years since we last wrote about this Indiana band, but they finally have some new music. It’s a single called “The Integral Path”, available on Bandcamp. (Thanks to Booker for the tip on this one.) END_OF_DOCUMENT_TOKEN_TO_BE_REPLACED