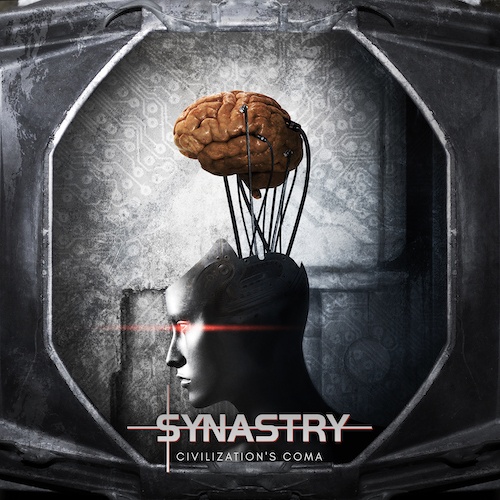 Montreal’s Synastry first came together in the early 2000s, at a time when MySpace dominated social networking and the metal scene was in many ways very different from what it is today. The band released their first EP, Pallets of My New World, in 2006 and followed that with a debut album named Blind Eyes Bleed in 2008. But in 2012 the band went dormant, and only this year have revived.

In making their comeback, Synastry have recorded a new EP named Civilization’s Coma, with plans to move forward with work on a new album. The EP is a three-track affair set for release on November 27th, and today we’re premiering, through a lyric video, a single from the EP entitled “Dead To Me“. END_OF_DOCUMENT_TOKEN_TO_BE_REPLACED