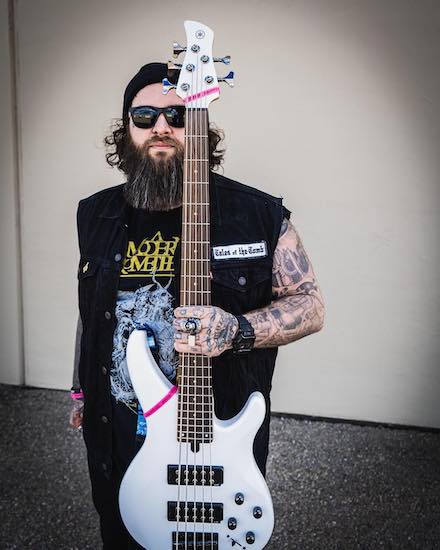 The Edmonton-based death metal band Tales of the Tomb made a hell of an impression with the release last fall of their second EP, Volume Two: Mendacium. Taking their cues from the likes of Macabre, At the Gates, Cannibal Corpse, Dying Fetus, and Blood Red Throne, they assembled a sextet of murderous tracks organized around themes of government cover-ups, national lies, and heinous crimes committed within the shadows. We seized the chance to premiere a slice of that marauding butchery, and now we’re seizing the chance to do it again.

When the EP was recorded, Tales of the Tomb was the work of guitarists/vocalists Trez Thomas and Corey Skerlak, but today we’re announcing that Tales of the Tomb has been joined by bassist Jonii Guns (pictured above) — and we’re premiering a video of his playthrough for a song off the EP named “Sinful Messiah“. END_OF_DOCUMENT_TOKEN_TO_BE_REPLACED 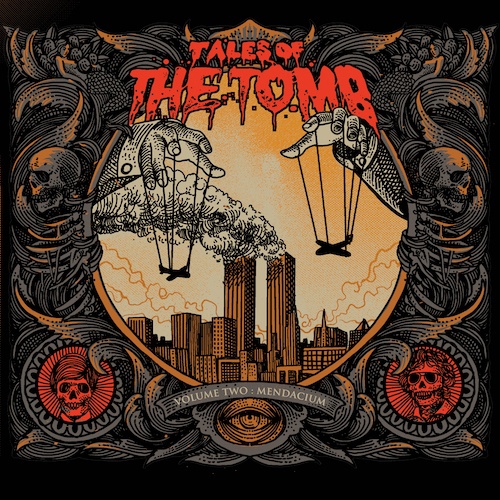 “Every town has stories to caution or warn, every police officer has a seen a crime that keeps them awake at night, and every coroner has seen death in ways that the rest of us could never imagine. Murder, conspiracy, supernatural horror, and real-life terror are stains on the cutting room floor where Edmonton-based group Tales of The Tomb paints their canvas. Unified by the desire to have the grotesque power of 90’s era death and murder metal, Tales of The Tomb started as a thought that grew into an insatiable need to make extreme music.”

It seemed sensible to begin this introduction with the band’s own introduction to their genesis and inspirations. Originally formed in 2013 by guitarist/vocalist Corey Skerlak as a vehicle for carrying forward the kind of murder metal associated with Macabre, the band grew and reached the point of releasing their 2015 debut EP, Volume One: Morpras. Now the band have completed work on a second EP, Volume Two: Mendacium, which will be released on September 27th. As its title suggests, the EP concerns deception practiced in the context of destructive real-world events — “a collection of narratives surrounding government cover-ups, national lies and the heinous crimes committed amongst the shadows”.

One of those real-world events, and the ravaging warfare that followed it, are the subjects of the lyric video we’re premiering today for one of the songs on the new EP: “Nine Eleven“. END_OF_DOCUMENT_TOKEN_TO_BE_REPLACED