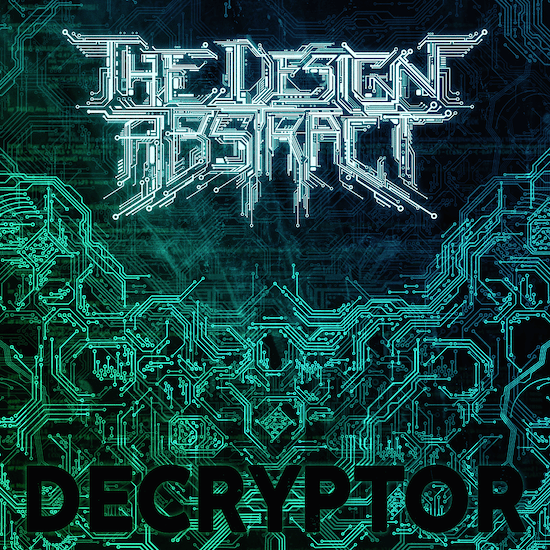 Today marks the first appearance at our site of The Design Abstract from Kitchener-Waterloo, Ontario, and it’s an enormously eye-opening advent. Though only a trio, their brand of sci-fi-inspired melodic death metal sounds like a cast of thousands, bringing into play orchestral and other electronic/industrial synth elements that magnify the scale, the sweep, and the mind-bending extravagance of the music in ways that vividly suit their futuristic narratives.

The band’s new concept album, Metemtechnosis, is their fifth record overall and it’s set for release on October 29th by Abstrakted Records. Through music that should appeal to fans of Scar Symmetry, Fleshgod Apocalypse, and Soilwork, it tells the story of humanity being reborn as a creation of hyper-intelligent technology. The song we’re premiering today is “Decryptor“, and the band describe it’s place in their larger narrative with these words: END_OF_DOCUMENT_TOKEN_TO_BE_REPLACED