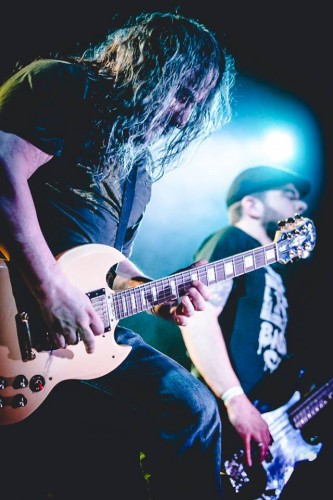 (Comrade Aleks brings us this interview with Darryl Shepard of the bi-coastal band The Scimitar from Massachusetts.)

A scimitar is a backsword or sabre with a curved blade, originating in the Middle East. The curved sword or “scimitar” was widespread throughout the Middle East from at least the Ottoman period, with early examples dating to the Abbasid-era (9th century) Khurasan. Also, The Scimitar is a severe and dark stoner doom band from Massachusetts. It was started by Darryl Shepard (guitars, vocals) and Dave Gein (bass) when they were on hiatus from Black Pyramid. They invited Brian Banfield to play drums later as The Scimitar turned out to be their main doom project.

Crushing, sharp, and heavy, The Scimitar is a merciless weapon, but the band have been silent since their first album Doomsayer was released two years ago. I posed a few questions to Darryl to clarify the band’s current status and to go deeper into the history of The Scimitar. END_OF_DOCUMENT_TOKEN_TO_BE_REPLACED