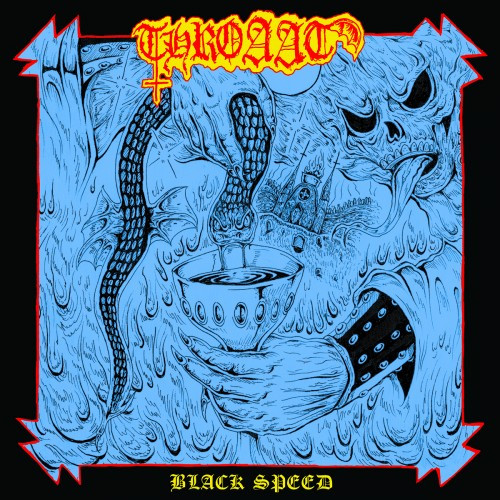 Invictus Productions is in the process of releasing Black Speed, the new (third) EP by Brooklyn-based Throaat, and we’re giving you the chance to hear all of it right here. And unless you’re giving CPR or performing brain surgery, you really should stop what you’re doing and listen to it right now.

Throaat’s music draws together some of metal’s most hallowed (and evil) traditions, from the sounds of Motörhead and first-wave black metal luminaries such as Venom and early Bathory to primal speed metal, thrash, and hints of occult rock.

Other modern bands pull from those same venerated wellsprings of metal, but Black Speed is exceptional in the quality of its songwriting, in the clarity and electrifying power of the performances and the production, and in the authenticity of the venomous spirit that breathes through the music. END_OF_DOCUMENT_TOKEN_TO_BE_REPLACED