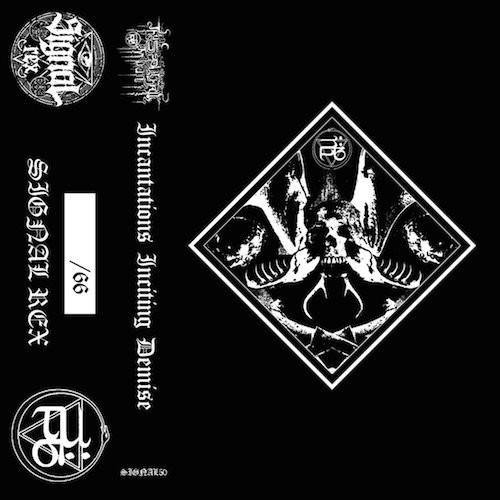 Today is the release date for Incantations Inciting Demise, the debut EP by an anonymous black metal collaborative who have adopted the name Thy Sepulchral Moon. Encompassing five aural “spells”, it’s being released by Signal Rex on black cassette, limited to 66 hand-numbered copies. We give you the opportunity to become ensorceled by them through our premiere of a complete stream of the EP.

I should warn you that these aren’t the kind of spells you might first imagine. They aren’t hypnotic or entrancing in any conventional sense. But for those interested in entering an adrenaline-charged fugue state brought on by unrelenting chaos and bestial violence, they do have their charms. END_OF_DOCUMENT_TOKEN_TO_BE_REPLACED