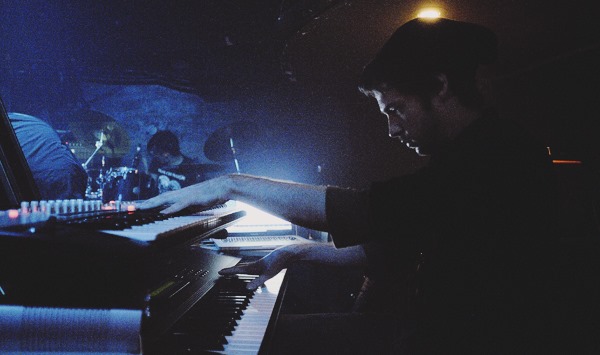 (In this extensive new interview Comrade Aleks talked with Simon Carignan, a member of the Montreal-based band Towards Darkness, whose new album Tetrad will be released on March 27th by Solitude Productions.)

Towards Darkness’ original name was The Mass. Founded in 2001 this band held out ’til 2005 when it was renamed. A change of style came with the change of the title, and these guys from Montreal switched from sludgy doom to its funeral-oriented brother.

Funeral is well-known for its low vibrations and slow ceremonial pace, so Towards Darkness moved further without any haste. Their debut Solemn appeared in 2007, the Barren album followed it only five years later, and after a new EP Empire (also in 2012) the band was laid in deep slumber… I watched them from afar, awaiting news to appear, and my patience was rewarded with the announcement of their third full-length album Tetrad, which is scheduled on March 27 by Solitude Productions.

Here is Simon Carignan (keyboards, effects, guitars) — we had quite a productive conversation. END_OF_DOCUMENT_TOKEN_TO_BE_REPLACED