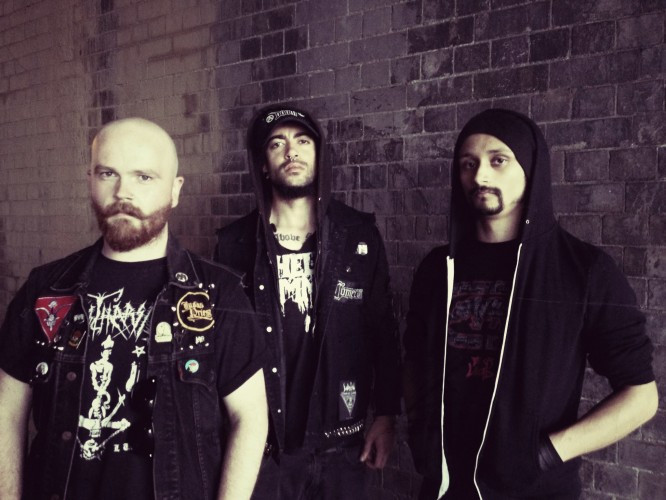 (NCS contributor KevinP interviews the ubiquitous Anil Carrier, pictured above right in the line-up of Britain’s Towers of Flesh. He is also a member of Binah, Exsequor, Necrotize, Purify the Horror, The Solemn Curse, and Theoktony — though we don’t claim that’s a complete list.)

K:  I always joke how you are in like 532 bands, so I find it more than ironic we are talking TOWERS OF FLESH today while you are recording the new THEOKTONY.  How do you find the time for all these projects?

A:  Generally it’s very difficult and time consuming. You have to sacrifice a lot to do this on the level that I do.  But as time goes on it definitely becomes worthwhile.

My role in each band differs.  I may play all instruments and compose everything on a record or I might just jump in for the drums and leave the rest to others.

K:  Do you ever feel burnt out or the need to just get away from it all with so many projects?

A:  It can sometimes be very tiresome. But I have always been driven to build a body of work and although I wouldn’t say that it’s a selfish need it’s definitely something that drives me to carry on.  I have periods where I don’t write music and other times when I can’t stop, so I wouldn’t say I ever get burnt out. END_OF_DOCUMENT_TOKEN_TO_BE_REPLACED 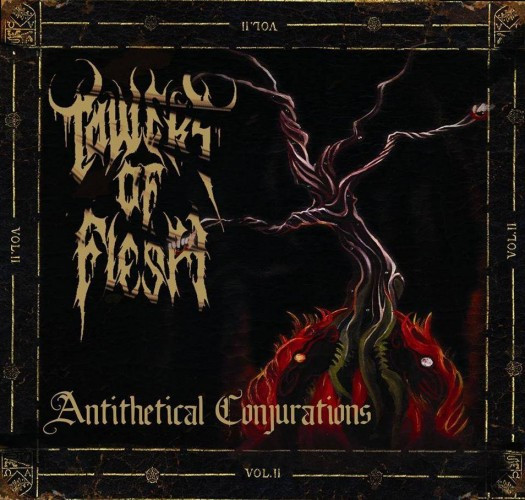 Less than an hour ago the band launched a YouTube stream of the new album’s first advance track, “Veiled Conception”, which you’ll be able to hear at the end of this post — and hear it you should. It begins like an electrified hornet swarm driven into a fury by the sound of machine guns, and then begins to boom and stomp, grind and dissect, jackhammer and jab, swirl and swarm, all the while enshrouding itself with an eerie, alien guitar melody and the hoarse howls of some equally otherworldly creature.

Not long after hearing the song, I discovered that Candlelight has established a Bandcamp page for the album where a second song can also be streamed. That one is the title track, which immediately precedes “Veiled Conception” in the running order. It’s an introductory instrumental piece marked by tumbling drums and a grim, bleak melody that functions as a fitting prelude to the menacing atmospherics of “Veiled Conception”. I’m including a stream of that track below as well. END_OF_DOCUMENT_TOKEN_TO_BE_REPLACED 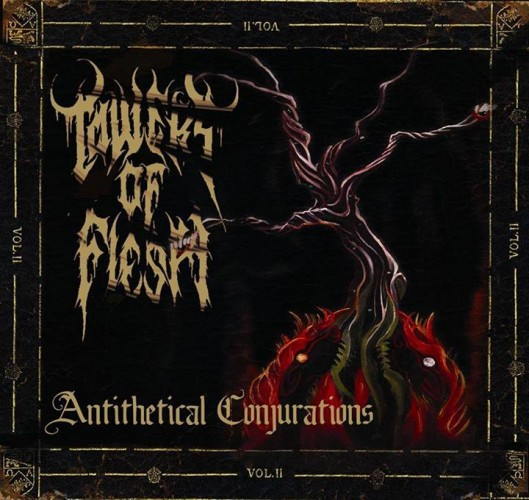 Yesterday the band released a sampler of music from the new album. I didn’t know what to expect, since I hadn’t heard their first album, but man, the sampler sounds excellent — a blend of of melodic black metal and death metal elements with dark, reverberating guitar melodies that are attention-grabbing even after only a few seconds, and plenty of low-end thunder. END_OF_DOCUMENT_TOKEN_TO_BE_REPLACED