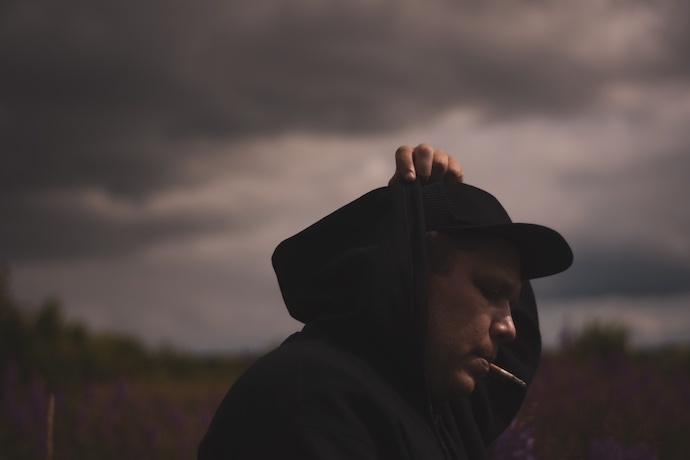 (Today we have an excellent discussion between two Russians — our interviewer-in-chief Comrade Aleks and Andrey Novozhilov, the principal figure behind Olhava and a participant in Trna as well.)

The number of bands performing atmospheric/post-black metal only grows, and even I, who hardly and rarely deal with bands faster than Ahab, cannot ignore it. A few weeks ago we did an interview with the Russian one-man band Rye / Рожь, and its head Vladimir Frith advised me to check his mates and neighbours Olhava. And so I did.

This band was formed five years ago by Andrey Novozhilov who has played all instruments and performed vocals since then, with the help of Timur Yusupov who joined him as a drummer in 2019. Today they have a contract with the Italian Avantgarde Music (that gives certain quality guaranties by default) and four albums, including the fresh one Frozen Bloom.

This truly atmospheric, almost meditative, music demands a predisposition, but if you ask, everyone needs a break to take a breath of relatively clean air. So that’s it. And recently we had a good conversation with Andrey about Olhava’s background and more. END_OF_DOCUMENT_TOKEN_TO_BE_REPLACED

Three weeks have passed since the last of these columns, mainly because of my vacation to Iceland, so I decided to double up today. I’m also still experiencing postpartum depression from the severance of myself from Iceland. To treat the condition, I chose to include some new music from Icelandic black metal bands, one in this Part of the column and another in Part 2. Other parts of the world are also included, before the flood of Icelandic black metal covers them like the deluge of Genesis and reduces the globe to a state of watery chaos.

Mystískaos is a record label (or perhaps more accurately, a creative collective) formed through the collaboration of American musician Alex Poole (Skáphe, Chaos Moon, Entheogen) and Icelandic musician H.V Lyngdal (Wormlust, Ljáin, Martröð). Its list of releases principally consists of the projects of those two creators, but includes participation by other people within their circles, and now also includes a partnership with Fallen Empire. END_OF_DOCUMENT_TOKEN_TO_BE_REPLACED